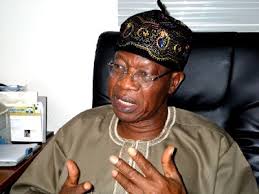 The second town hall meeting for South East and the launch of national reorientation campaign, “Change Begins With Me” took place yesterday, 27th February, in Abia. The Minister of Information and Culture, Alhaji Lai Mohammed and the Minister of Agriculture and Rural Development, Chief Audu Ogbeh were present at the meeting.

While speaking at the event, Alhaji Lai Mohammed said President Muhammadu Buhari is neither critically ill nor in life threatening situation. He also told the people at the meeting that there is no cause for alarm concerning the state of health of the President.

According to the Minister, he said the President spoke with him on Saturday, 25th February, at 2:43pm and that Nigerians have no reason to panic

He said, “ I can say here very boldly and confidently that there is absolutely no cause for alarm.

“If Mr president is in the hospital or is critically ill, as minister of information, I will give daily bulletin on his health.

“Mr president is neither critically ill nor in the hospital and there is nothing life threatening about the checks he is going through.’’

Addressing the deplorable state of the Nigeria economy, the Minister said that no economy in the world could survive the blind and reckless looting perpetrated by the previous administration.

“Naturally the price of commodities will go up.

“These are funds meant for development of infrastructure and for provision of services.

“That is why you cannot do anything with the economy without first facing corruption squarely.

“But the good news is that the government is doing both together, as we are fighting corruption, we are also making sure that we are ensuring we are out of recession by investing heavily on infrastructure.

What happened to this woman staying under...