Home » Leicester came back to life without Ranieri
Sports

Leicester came back to life without Ranieri

Leicester came back to life without Ranieri

LEICESTER, England — There was applause. There were banners. There were Andrea Bocelli-sound tracked memories beamed onto the big screen.

And then there was stark vindication.

Thursday brought the cruellest, most ruthless sacking in years. Monday brought compelling evidence that the hard decision was indeed the right decision. Leicester City’s players have strenuously denied any involvement in the sacking of Claudio Ranieri. They have denied that there were even any problems between the manager and the dressing room. But on the first night since his exit, they produced a performance that was light-years beyond anything they had hitherto deigned to offer this season. 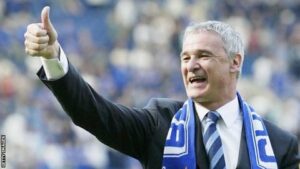 “Some of it is human nature,” said caretaker manager Craig Shakespeare. “When people criticise you, there’s bound to be a reaction. I couldn’t put my finger on it; I was just pleased to get three points.”

He was also pleased with the reaction of the Leicester City supporters on such an emotional night.

“They got the balance right,” he said.

When Chelsea sacked Jose Mourinho within months of his title success, there was fury at Stamford Bridge. Individual players were singled out for jeers and catcalls. There was very little of that at the King Power Stadium. One hastily produced banner accused Leicester’s players of   their old manager, but most simply expressed their profound thanks for a once-in-a-lifetime achievement.

Given the wretched form of this team in 2017, the case for Ranieri to stay was reliant on love, honour and lashings of hot s-entimentality. By full time here, the case for pragmatism looked rather more persuasive. Shakespeare was not a front-runner for the job on Monday morning. He will be right in contention now.

Leicester flew out of the traps like a team reborn. Last season’s team reborn, in fact. For Liverpool boss Jurgen Klopp, it was a night that started badly and deteriorated from there.

Jamie Vardy quickly left his mark on the occasion, and on Sadio Mane’s leg, piling into the Liverpool forward after just 12 seconds. Referee Michael Oliver saw no reason to open his notepad, and the challenge set the tone for the night. Whenever Liverpool had the ball, Leicester were on them like wasps at a picnic. They snapped and they snarled, throwing the Reds off their game. Even Riyad Mahrez was seen tracking back to help out. It was as if the first 25 games of this season had never happened and Leicester had simply picked up where they left off in May.

The teamsheet certainly suggested as much. With the exception of Wilfred Ndidi in place of N’Golo Kante, this was the team that took the title by 10 clear points. The bench told its own story, as well. Leonardo Ulloa, whose relationship with Ranieri certainly had broken down, was named as a substitute. Ahmed Musa, whose repeated selection was rumoured to have caused the senior players such consternation, was nowhere to be found. He was not believed to be injured.

Jordan Henderson was injured, though. In his absence, Liverpool’s midfield was easily outgunned. The continued curious use of Lucas as a central defender didn’t auger well, either. A string of saves from Simon Mignolet kept the visitors in the game, but midway through the first half, Marc Albrighton looked up, found Vardy with a fine pass and the rest was all too familiar. The goal-scoring hero of the last campaign bagged his first goal since Dec. 10 — and Leicester’s first in the Premier League since New Year’s Eve. Ten minutes later, Danny Drinkwater added a second.

Vardy was everywhere, torturing the Liverpool defenders. Klopp did his best to change the game at half-time, switching to a back three, but Vardy made it 3-0 on the hour, towering above Emre Can to head home Christian Fuchs’ cross.

What on earth happened here behind the scenes? The players have lashed out at their critics, imploring people to believe that they really did like and respect Ranieri and that any suggestions to the contrary are simply scandalous. But those words rang hollow here. Every single player was transformed, with the exception of the redoubtable Kasper Schmeichel, one of the few to perform close to his level this year. They were dynamic, they were driven and they were desperate to win. They haven’t deserved any of those epithets for many months.

On the 65th minute, the Leicester supporters rose as one to salute their fallen general with chants and lights. Two minutes later, Liverpool scored. Even the mere mention of his name seems to turn these players to jelly. How did something that seemed so joyful turn so toxic? The laughter, the pizza, the dilly ding and the dilly dong? Where did it all go?

It wasn’t quite a perfect performance. Philippe Coutinho’s goal cost the Foxes their clean sheet, and Liverpool eventually began to apply some pressure to the relegation candidates. With more sharpness in front of goal, perhaps they might have found a way back. The anguished howls that met the announcement of five minutes of injury time were a reminder that Leicester have a long way to go before full confidence is restored. 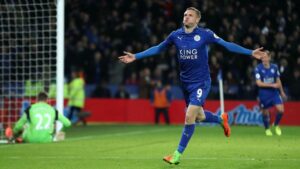 Owner Vichai Srivaddhanaprabha must think this game is easy. He said he would take Leicester to the top five in three years, and he took them to the top one in two. He replaced Nigel Pearson with Ranieri in spite of fierce criticism and set in motion the most unlikely title success in the Premier League era. Now he has taken a decision that few would have been brave enough to take, sacked a legend and seen an instant and astonishing improvement. Playing like this, there’s no way Leicester will be relegated. Under Ranieri, a humiliating descent into the Championship looked inevitable.

Obasanjo Conferred With Asiwaju Onigbagbo Of Ogun By CAN (Photos)

I felt our fans were fantastic- Wenger