Arsenal boss, Arsene Wenger attended the graduation ceremony of his daughter Lea Wenger over the weekend.

Lea Wenger who graduated from Cambridge University on Saturday was seen alongside with her father Arsene Wenger. 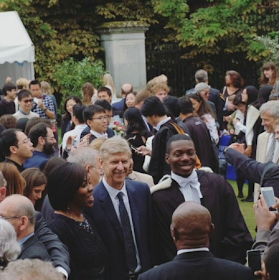 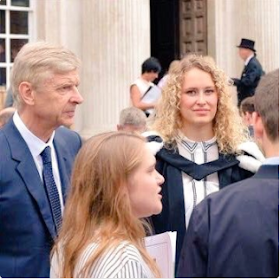 Wenger is currently enjoying pre-season, but that has not stopped him from closing in on a deal for Lyon striker Alexandre Lacazette for a club record fee.

HOW A WOMAN TURNED HER MARRIAGE AROUND FOREVER, EVERY WIFE SHOULD READ THIS