Many couples choose surrogacy to start a family for a variety of reasons, including infertility and other challenges. While some may consider this unusual, many couples, including some celebrities, have chosen this approach to have their children for various reasons.

Daily family is revealing which celebs used a surrogate to realize their dream of becoming parents. Their experiences demonstrate that, regardless of how children enter the world, love for them is incredibly strong.

Since his birth in 2002, Michael Jackson’s youngest kid, Prince Michael “Blanket” Jackson, has been shrouded in mystery. Debbie Rowe, Jackson’s former wife who gave birth to his oldest two children, Michael Joseph Jackson Jr. and Paris Jackson, did not mother the youngest Jackson child, who has now legally changed his name to Bigi. So, who is the biological mother of his child?

The answer is a mystery. During an interview for the 2003 documentary Living With Michael Jackson, Jackson acknowledged using a surrogate to conceive Blanket. In a talk with Martin Bashir, he explained the procedure.“I used my own sperm cells and a surrogate mother,” Jackson explained. “My other two children were conceived using my own sperm cells, and they are all my children, but I utilized a surrogate mother. And, uh, she doesn’t know who I am, and I don’t know who she is.” 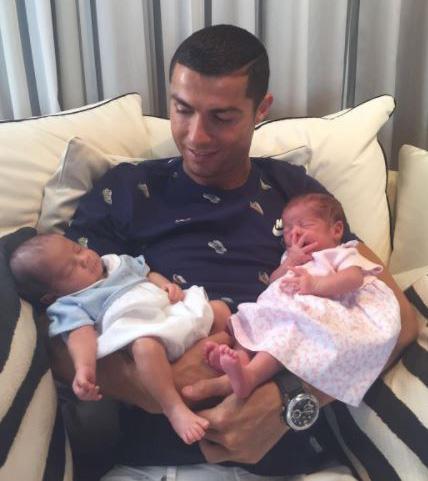 One of soccer’s most famous players is also the father of four children, three of whom were born through a surrogacy pregnancy process. Ronaldo chose this method to fatherhood with his eldest son, Cristiano, as well as his twins, Mateo and Eva. That was, however, with his prior partner. He welcomed little Alana Martina, who was created organically, into the family today with his present partner.

Elton John and his surrogate sons

With the birth of his first kid, Zachary, at the age of 64, the singer realized his desire of becoming a parent. He welcomed Elijah two years later. Elton and his husband were also able to establish their lovely family with the help of a surrogate mother. Kim Kardashian’s two oldest children were born naturally. She and her ex-partner, Kanye West, decided to look for surrogate moms to assist them to fulfil their goal of having a large family due to health issues that put future pregnancies in danger. Their two youngest children were born in this manner. The reality television personality now has a whole family.

7 Ways To Become Better Spouse In Your...

Man stabs another man on buttocks over...