5 things you should know before marrying a Yoruba man

5 things you should know before marrying a Yoruba man You have that handsome Yoruba demon in your life and it looks like you guys are going to take the next step in the relationship. You feel he is the one you want to spend the rest of your life with. This article provides us with 5 things you should know before marrying a Yoruba man.

2. You must be respectful: Out of the many tribes we have in Nigeria, the Yoruba tribe is that one that places much emphasis on respect and regard for the husband, his parents and elders in general. You must learn to bow to the status and personality of your husband whether in public or private places. 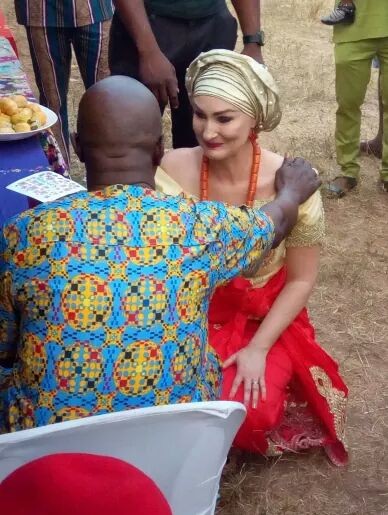 3. You must cook with enough pepper: The sound of his lips as he smirks them due to enough pepper in his mouth is one that brings assurance that he is enjoying the meal. The Yoruba man loves pepper, AHHH! 10 spoons of pepper in just one plate of rice, bring it on!

Visits to several Yoruba ceremonies and eateries should make you accustomed to these facts. so my dear don’t hold back on that ata.

4. You must be good in the bedroom: Don’t ever play with a Yoruba man’s libido. If you know you cant cope with several rounds of serious lovemaking, then you might as well make your way out.

The last thing you want is for a Yoruba man to be left sexually unsatisfied knowing fully well that as a Yoruba demon, there are lots of other women dying to get his attention. keeping him satisfied would;

5. Praise singing: The Yoruba man loves to be praised. No matter how little he does for you, you must be ready and able to call him all the wonderful names in the world while dancing and showering him with kisses and touching him here and there.

Do this and watch him go the learnt and breath of the world in order to please his queen.

Read Also: 5 Things you should know before marrying an Igbo man

5 Reasons Why Searching For An Apartment in Lagos is frustrating

6 Reasons Why Some Single Ladies Are Scared...

The amazing tale of a couple whose...

The Most Important Ingredient That Can Preserve...