In continuation of the earlier article that focused on 8 Footballers that represent the Christian Faith (Part 1), we dive into the remaining lists of footballers who follow this trend.

The goalkeeper is a vivid Christian and last year he even helped baptise his best friend and Liverpool teammate, Firmino. 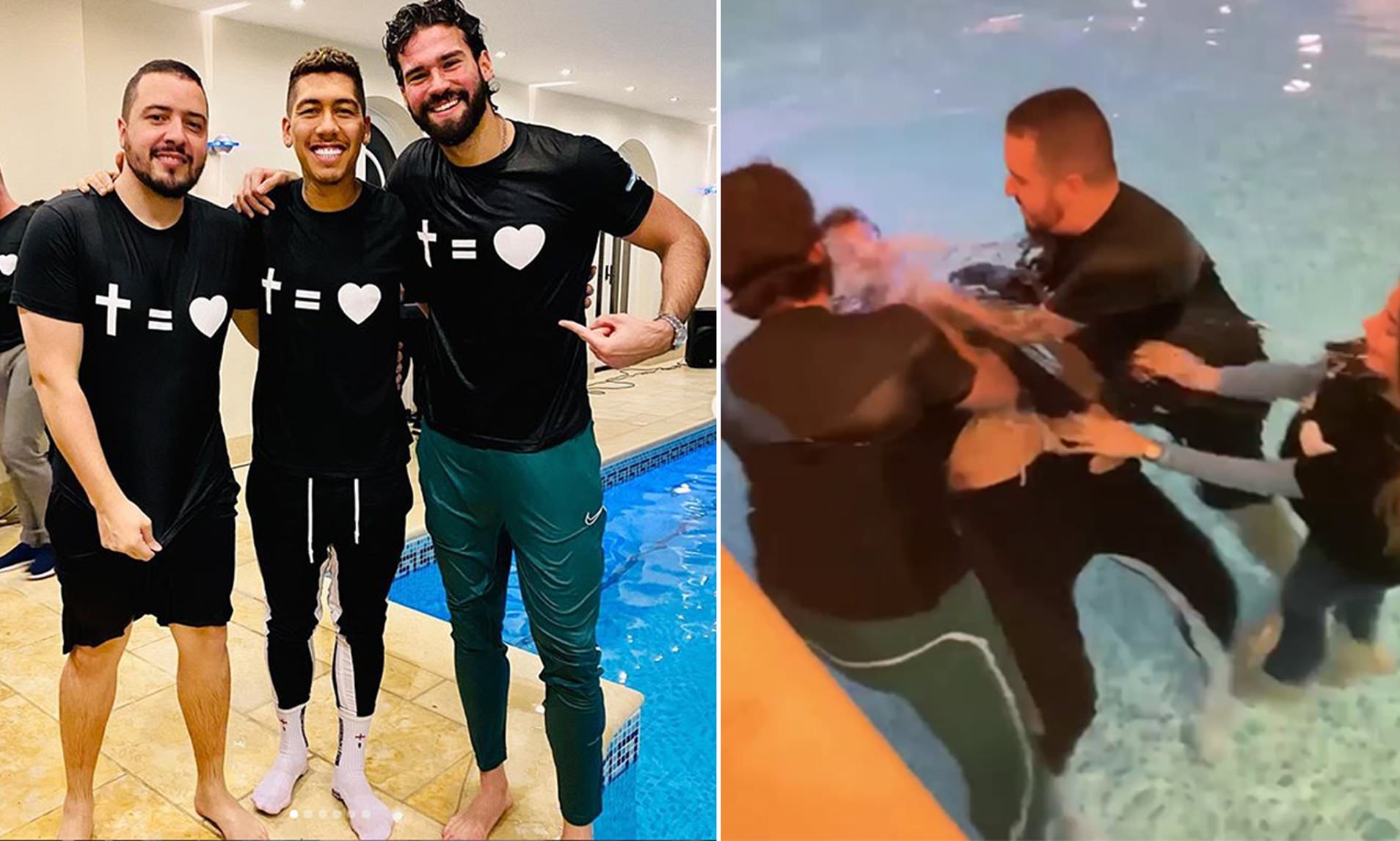 He even helped baptise his best friend and Liverpool teammate, Firmino.

“I have more experience with the walking with Jesus so I’m trying to help him [Firmino]. But yeah it was a special time and a special moment.”

In 2018, he took to social media to thank God for the opportunity to represent his country in that year’s World Cup. His caption read:

“Very happy to receive the opportunity to defend my country in a world cup! Realization of a dream!!!! Now it is to go in search of Hexa !!!!! Glory to God!! AB1 God in control worldcup2018”

Last year, he advised aspiring professional goalkeepers to hold on to their faith in Christ if they want to achieve success.

While answering questions from his fans, he said, “You need to be very focused on football and I think faith is important too. If you believe in God, you know you have to do your best on the pitch and put love into everything you do in life.”

Some years ago, the United forward revealed that;

“I am an athlete for Christ. That’s why I play for Him, to give Him glory, to thank Him for giving me the ability to play football and be able to compete in a league like the Italian one, for giving me that divine gift that I am trying to manage more and more. We belong to the Evangelical church. I don’t like the term athlete of Christ.”

The Archbishop of Naples, Crescenzio Sepe, even stated that: “God serves himself by having Cavani score goals.”

Falcao is popularly known to encourage his teammates to study the Bible and go to church services with him. In response to his constant evangelism and faith, his former flatmate Gonzalo Luduena said: “Sunday was our free day to go out for a walk. We hid because Falcao would look for us in every room to take us to church.”

His wife, Lorelei tells why was so attracted to Falcao in the first place;

“What I liked a lot about him was his love for God. Besides, he wasn’t the typical footballer who believed he had already achieved everything.” “He told me that the message on my shirt was about religion because it’s ‘thank you, Jesus’,”

Fans of Nigeria, Manchester United and Watford will always the two hands pointed in the air celebration of Ighalo, thanks to God. He literally thanks God for every single goal that he scores.

He has even been punished for his faith; “He told me that the message on my shirt was about religion because it’s ‘thank you Jesus’,” as he yellow-carded by the ref in the game against Cameroon.

“Hard work and the grace of God have paid off in my life. I am a Christian and I believe so much in God. I’m not perfect. I have my flaws. I am human. Only God is perfect. I try to acknowledge him in my life. Whatever I am now and what I am going to be is through God.” He adds.

Read Also: 5 footballers abandoned by their parents at a young age

P. DANIEL is coming to the YOUTHS FIRE...