The Super Eagles of Nigeria defeated their opponent Guinea by 1-0 on Wednesday at the Alexandria Stadium to qualify for the round of 16 at the ongoing African Cup of Nations in Egypt.

The Eagles also set the record of being the first team in the competition to qualify for the round of 16 after defender Kenneth Omeruo scored the only goal in the match.

Recall that the Super Eagles defeatedBurundi 1 – 0 last week and now topping their group with a clear six points in the group stage. 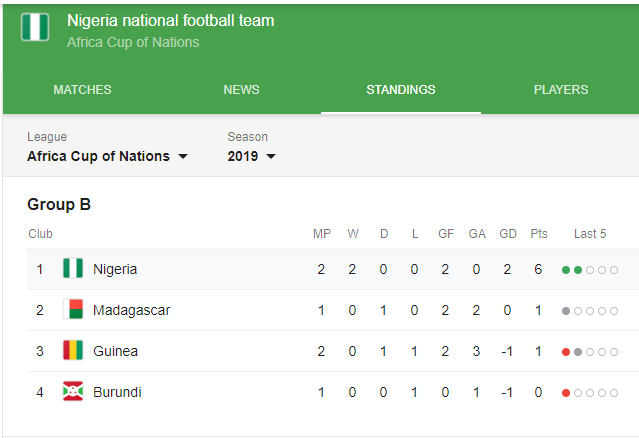 The Super Eagles will face Madagascar for their final group stage game before going into the round of 16.