Home » Amazing ! See A Man Who Has Been Planting A Tree Everyday For The Past 48 Years
weird news

Amazing ! See A Man Who Has Been Planting A Tree Everyday For The Past 48 Years

Amazing ! See A Man Who Has Been Planting A Tree Every day For  The Past 48 Years

According to odditycentral,they say that one man can’t make a difference, but Abdul Samad Sheikh, a 60-year-old rickshaw driver from Bangladesh, is living proof that small contributions over a long period of time can mean very much. He has planted at least one tree every day since he was 12-years-old, which means that he has so far planted a small forest of over 17,500 trees. Imagine if everyone followed his example.

Abdul Samad Sheikh, fondly known as “Tree Samad” in his native town of Faridpur, central Bangladesh, has worked as a rickshaw driver for most of his life. The modest job earns him about 100 taka ($1.25) per day, which is barely enough to put food on the table for his family, but he somehow manages to also buy at least one tree from the Faridpur Horticulture Centre, every day. He considers it his duty to the world, and claims he wouldn’t be able to sleep at night if he didn’t plant a tree that day.

Amazing ! See A Man Who Has Been Planting A Tree Everyday For  The Past 48 Years

“For the whole night I cannot sleep if I have not planted a tree,” Abdul told The Daily Star. “I’ve been doing that since I was twelve years old. Mostly I plant them on government land so nobody can cut them down later. I also water them, and if I see anyone cutting a tree I protest it and scold them. I love all creatures, animals too, but especially trees.” 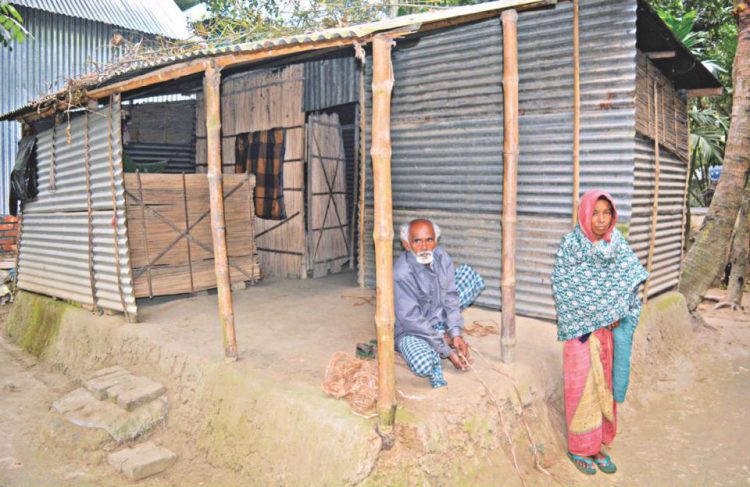 Samad, his wife Jorna, and four of their children live in in two modest huts, on a piece of land that belongs to the Faridpur deputy commissioner’s office. They have no land of their own, and sometimes his meager earnings are not enough to cover the family’s needs, but he always prioritizes his daily tree purchase. Jorna sometimes scolds him for it, but he doesn’t care. Amazing ! See A Man Who Has Been Planting A Tree Everyday For  The Past 48 Years

“His income isn’t great, and he has to cover the day-to-day needs for our family,” Abdul’s wife says. “Sometimes I forbid him to plant trees but he doesn’t listen. Samad’s love for trees is unstoppable.”

“I’ve never told my father not to plant trees, he does a good thing for society,” Abdul’s 30-year-old son, Kutub Uddin, adds. Amazing ! See A Man Who Has Been Planting A Tree Everyday For  The Past 48 Years

Abdul Samad Sheikh’s neighbors all know about his daily habit, and some remember seeing him plant trees ever since he was a little boy. In a video posted by The Daily Star, they point to several large trees planted by him decades ago, and express their respect and admiration for his dedication.

“Samad is a model citizen of our community, local man, Abul Kalam Howlader, says. “To see his good work truly inspires me.”

Amazing ! See A Man Who Has Been Planting A Tree Every day For  The Past 48 Years 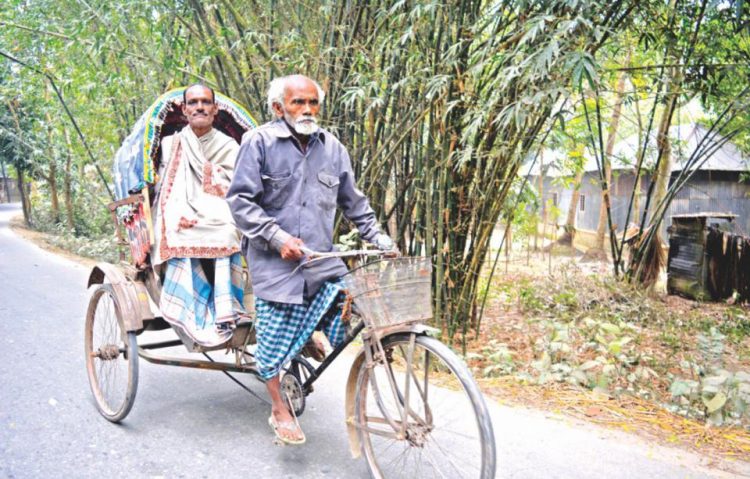 “It’s not only the trees,” Abdul’s neighbor, Sakandar Ali, adds. “Samad is a very helpful man. One can ask of him anything and he will do his best to help without reservation. His is that rare type of personality that is so much needed in our society.”

60-year-old Sheikh says he started planting trees 48 years ago, because God told him to. He’s been doing it every day since, which means that he has single-handedly planted a whopping 17,532 trees.

For his efforts, Abdul Samad Sheikh was recently honored by The Daily Star, and awarded a 100,000 taka ($1,253) check to help him build a better home for his family. In his acceptance speech, the inspirational “nature guardian” asked everyone to follow his example, and protect the environment. 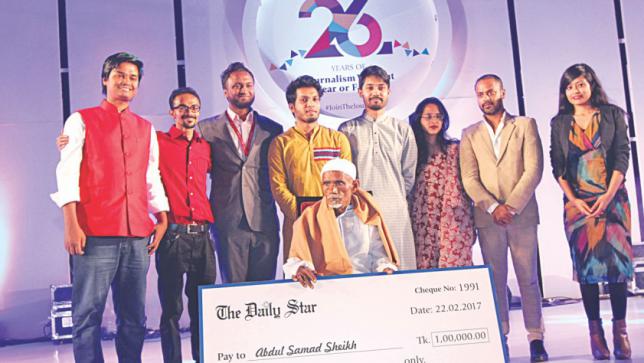 Tree Samad’s dedication to the preservation of nature reminds me of other incredible people who have dedicated their lives to turning wastelands into lush forests once again. You may remember “The Mother of Trees“, a childless Indian women who has planted and fostered hundreds of banyan trees, Anil and Pamela Malhotra, a couple who turned 300 acres of farmland into a lush jungle, or Jadav Payeng, India’s “Forest Man”, who single-handedly planted a 550-hectare forest. These are just some of the amazing human beings we’ve featured on OC in the past.

From Joke To Love:WomanA gets married three years after proposing to stranger as a joke