Home » Any Doctor Who Wants to Leave Nigeria Can Leave, We Have Enough-Chris Ngige
News

Any Doctor Who Wants to Leave Nigeria Can Leave, We Have Enough-Chris Ngige

Any Doctor Who Wants to Leave Nigeria Can Leave, We Have Enough-Chris Ngige 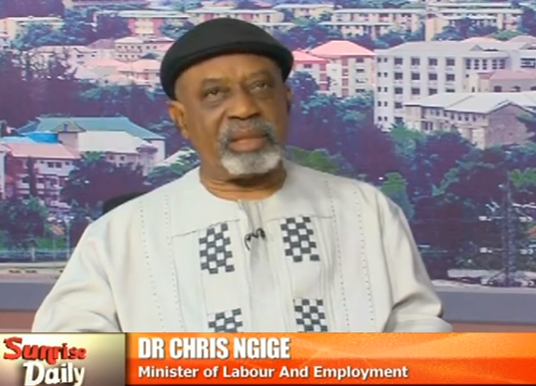 The Minister of Labour and Employment, Dr. Chris Ngige, says doctors who feel they want to relocate in search of greener pastures are free to do so as the nation has enough medical personnel.

Ngige said this on Channels Television’s Sunrise Daily on Wednesday.
The minister was responding to a question on brain drain and the deliberate recruitment of Nigerian doctors by foreign embassies in Nigeria to the detriment of the nation’s health sector.

In his response, however, Ngige, who is also a medical doctor, said there was nothing wrong with doctors leaving the country as they would continue to send foreign exchange home which could, in turn, grow the economy.

He said, “No, I am not worried (about doctors leaving the country). We have surplus. If you have surplus, you export. It happened some years ago here. I was taught chemistry and biology by Indian teachers in my secondary school days.

AFCON U17: Guinea Beats Nigeria to Reach First Ever Final

After 14 years of barrenness, woman dies...