Home » Barcelona delivers the greatest comeback of all time at the Nou Camp, Leaves the world speechless
Sports

Barcelona delivers the greatest comeback of all time at the Nou Camp, Leaves the world speechless

Barcelona delivers the greatest comeback of all time at the Nou Camp, Leaves the world speechless

The Spanish outfit appeared down and out, until they delivered the greatest comeback of all time at the Nou Camp

Barca were 4-0 down from the first leg, but triumphed 6-1 at the Nou Camp tonight, with three goals in the last ten minutes, to leave all in the stadium, and around the world, speechless and actually in tears. 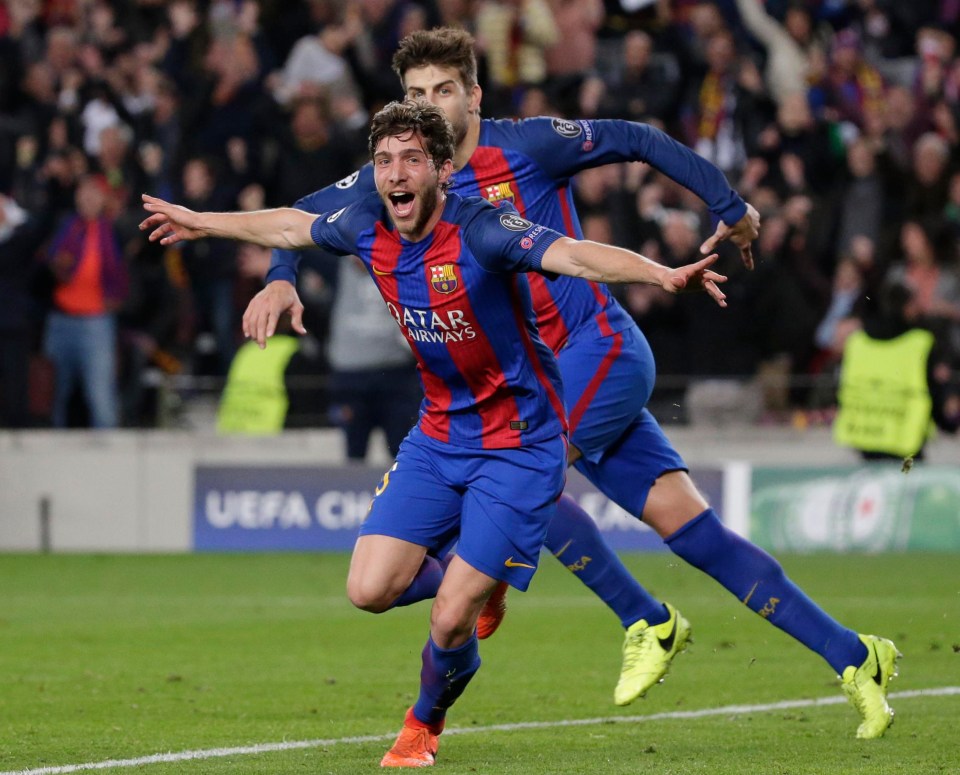 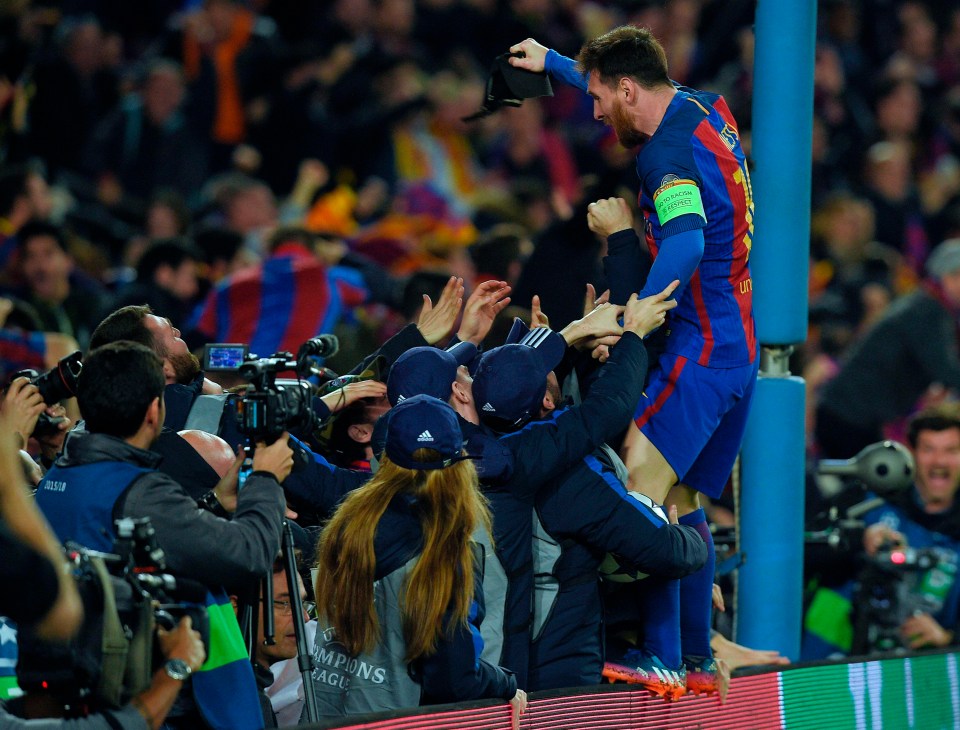 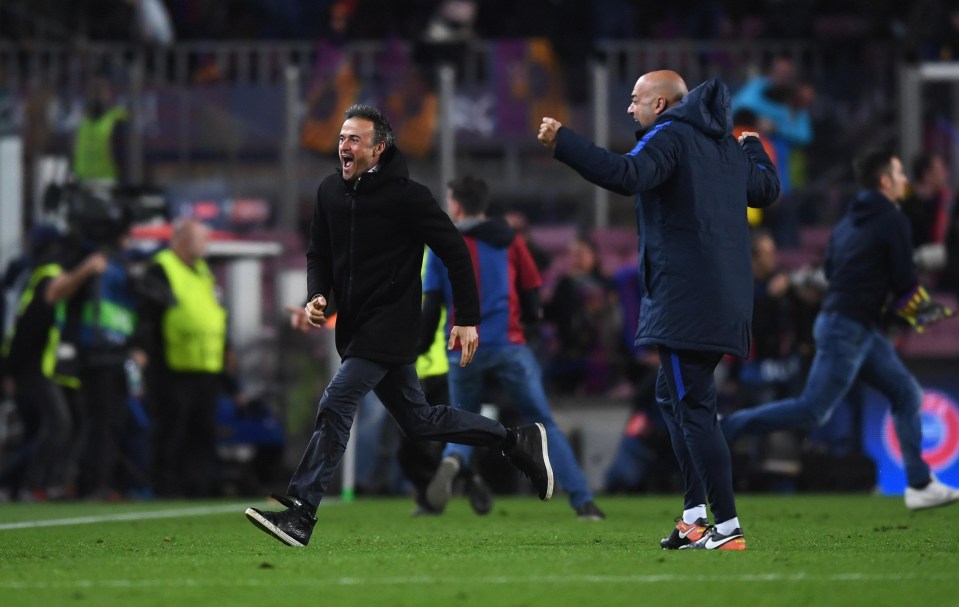 Barcelona claimed a scarcely believable Champions League victory against Paris Saint-Germain that will go down in history as one of the all-time great comebacks, Sergi Roberto netting in the fifth minute of stoppage time to seal a sensational 6-5 aggregate triumph after they had trailed 4-0.

It had looked as though Edinson Cavani’s away goal would prove pivotal after Barca had raced into a three-goal lead, but the hosts scored three times from the 88th minute onwards at Camp Nou to complete the biggest turnaround ever seen in the competition.

After being thrashed in the first leg of the last-16 tie, Barca appeared set to fall agonisingly short of a famous recovery in what transpired to be a classic encounter.

Luis Enrique’s side were three goals up within 50 minutes and did not allow Cavani’s intervention to foil their bid for a slice of history, Neymar scoring twice before setting up Roberto in astonishing scenes, the second leg ultimately finishing 6-1.

Two scrappy first-half goals – one from Luis Suarez in the third minute – and a Layvin Kurzawa own goal gave a rocking Camp Nou hope of a reversal in the tie.

The home side reduced the deficit further early in the second half when Lionel Messi scored his 11th goal of the competition this season from the penalty spot after Neymar was fouled by Thomas Meunier.

But a great finish from Cavani just after the hour mark – his eighth of a Champions League campaign that has been his most prolific – seemed to have made the difference, before the late heroics from Neymar and Roberto.

The crushing defeat sees PSG beaten by Barca in the knockout stages again having suffered the same fate in 2013 and 2015.

Barca, meanwhile, reach the quarters for the 10th straight season, meaning they are still in with a chance of a treble in Luis Enrique’s last season at the helm.

Hopes of a remarkable comeback were stirred after only 150 seconds, Suarez getting the goal.

The Barca forward climbed above indecisive goalkeeper Kevin Trapp and sent a close-range header beyond Meunier on the line after Marquinhos and Marco Verratti had both failed to deal with Rafinha’s cross.

PSG had a penalty claim rejected when Julian Draxler’s cross struck the arm of a sliding Javier Mascherano, who was in as one of three Barca changes from the first leg.

But the hosts kept up the pressure, with Messi sending a free-kick just over and Neymar seeing a curling effort go just wide.

Lucas Moura, starting for PSG with Angel Di Maria only fit for the bench, sent an effort straight at Marc-Andre ter Stegen, but that was as good as it got from the visitors as Barca struck again five minutes before the break.

It was another scrappy goal, with poor defending from Marquinhos allowing Andres Iniesta to chase down Suarez’s flick-on in the area and send a clever back-heel across goal which was sliced into his own net by Kurzawa.

The night went from bad to worse for PSG within three minutes of the restart when referee Deniz Aytekin pointed to the spot after consulting with one of his fellow officials.

The Barca award came when Neymar had surged into the area and been felled by Meunier’s head after the defender lost his footing, with Messi stepping up and blasting past Trapp from 12 yards.

PSG almost got a priceless away goal in response when Meunier beat Neymar at the other end and squared for Cavani, whose sliding left-footed effort struck the post from six yards.

Unai Emery then brought on Di Maria for Lucas in desperate search of a goal that did arrive after 62 minutes.

A deep free-kick from Verratti led to Kurzawa getting above Ivan Rakitic to head back into path of Cavani and he dispatched a magnificent dipping finish into the roof of the net, sparking ecstatic scenes from Emery and the away supporters.

Ter Stegen made a key save from Cavani a few moments later after Draxler’s throughball sent the PSG striker clear to keep Barca – who now needed a further three goals – alive.

Substitute Arda Turan had a shot cleared off the line by Marquinhos and Messi fired wide from a presentable opening, but Cavani’s strike appeared to have stalled the hosts’ momentum before a frantic finale.

Barca got a fourth with two minutes left, Neymar finding the top corner with an impressive free-kick that left Trapp rooted to the spot.

He struck again from the penalty spot in the first minute of added time, sending Trapp the wrong way after Suarez had been fouled by Marquinhos.

PSG then had to keep out Barca for the remaining four minutes of the five added, but could not do that as Barca rocked the football world.

The LaLiga side threw Ter Stegen into attack to add to the drama, which saw them seal one of football’s most stunning victories when Roberto volleyed in Neymar’s pass, sending Luis Enrique, the players and Camp Nou into ecstasy.

Happy celebrations to all Barcelona fans all over the world.

4 Signs of Drinking Too Much