Tottenham Hotspur have announced with great sadness the death of  their under-23 coach, Ugo Ehiogu, passed away in the early hours of this morning after suffering a cardiac arrest at the club’s training ground on Thursday. 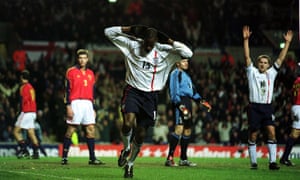 The sense of disbelief at how an allegedly fit 44-year-old has been taken away is palpable and the Tottenham head of development, John McDermott, did his best to articulate it.

“Words cannot express the shock and sadness that we all feel at the club,” McDermott said. “Ugo’s presence will be irreplaceable. Our heartfelt sympathies go out to his wife, Gemma, and his family.”

According to report Ehiogu was on the training field on Thursday morning when he collapsed. Tottenham’s medics rushed to treat him while an ambulance and a medical assistance car were scrambled to him at 11.30am.

The ambulance took Ehiogu off to hospital about 20 minutes later. The high level of concern was etched across the faces of every member of staff.

It was immediately plain that Ehiogu faced a life or death battle. The Spurs manager, Mauricio Pochettino, the assistant manager, Jesús Pérez, and McDermott had walked over to the academy fields to make their own checks on the situation.

Ehiogu received round-the-clock treatment at the hospital but he could not be saved.

Tottenham said in a statement: “The club sends its deep condolences to Ugo’s family. Gemma has specifically asked that the family are given privacy at this difficult time. We should also like to place on record our thanks to all the medical professionals including those at North Middlesex University Hospital, Royal Brompton Hospital and Harefield Hospital for their care and support.”

Tributes have poured in from all over football. Ehiogu’s former Villa team-mate Lee Hendrie told Sky Sports News: “Ugo was such a character. He has always been that bubbly character. He was just a great guy to have around.”

The current Villa manager Steve Bruce also paid tribute to Ehiogu, describing the centre-back as a “bargain” signing by former Villa Park boss Ron Atkinson in 1991. “I played against him. Big Ron bought him for 45,000 – what a bargain. He was a great player.”

Also Stoke manager Mark Hughes has described Ehiogu  as a strong guy. Hughes said: “He was a big strong guy, a big athlete, and you knew when you went up against him it was always going to be a difficult game. That is why, when these things happen, it is even more shocking, because you remember them in their prime. It is a real shame.” 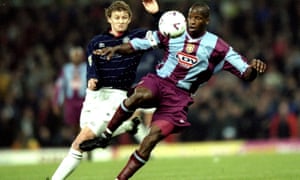 Villa, for whom Ehiogu played more than 300 games, tweeted: “We are deeply saddened to hear of the death of our former defender Ugo Ehiogu. Our thoughts are with his family at this terribly sad time.”

The club added: “We will be holding a minute’s applause before our derby with BCFC. Both sets of players will wear black armbands as a mark of respect.”

Tottenham forward Shayon Harrison, who was coached by Ehiogu at the club, added his own tribute. Harrison, who is on loan at Yeovil, wrote: “One of the most genuine, and caring people I’ve ever met. An honour to have been taught by you, not only as a player, but as a person.”

One of his final tweets shows Ehiogu’s kind nature. “Gave a homeless girl £10 last night in Dalston. She didn’t ask or beg. Random impulsive act from me. Not gona lie. Felt good. #dosomethingkind”. The #dosomethingkind hashtag has since been trending on Twitter, with many people making generous gestures in the former footballer’s memory.

Ehiogu leaves behind his wife, Gemma, and a son.

Marriages are collapsing due to increased infidelity—Magistrate

What Marcelo’s Son Did with the Ball...