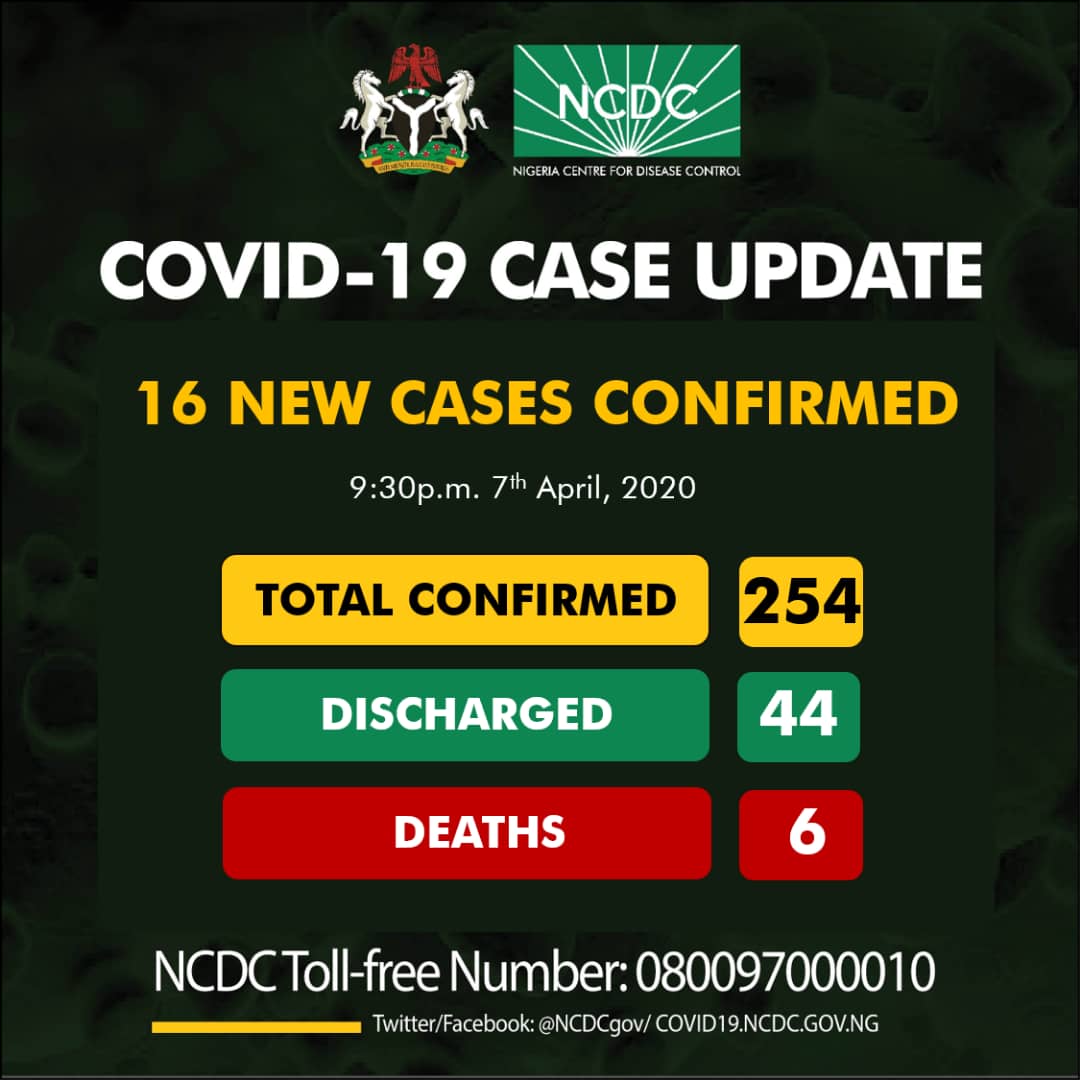 The Nigeria Centre For Disease Control (NCDC) has confirmed sixteen new cases of COVID-19 in Nigeria.

NCDC announced this via her official Twitter handle on Tuesday night.

Of the new cases, Lagos has 10, two in the federal capital territory and Oyo, respectively, while Delta and Katsina recorded one case each.

The number of discharged cases has also risen to 44. Nigeria has now recorded a total of 254 confirmed cases of COVID-19.

As at 09:30 pm 7th April there are 254 confirmed cases of #COVID19 reported in Nigeria. Fourty-four have been discharged with six deaths pic.twitter.com/UlDvzM3cUZ