The Federal Government has arrested the leader of the proscribed Indigenous People of Biafra, IPOB, Nnamdi Kanu. 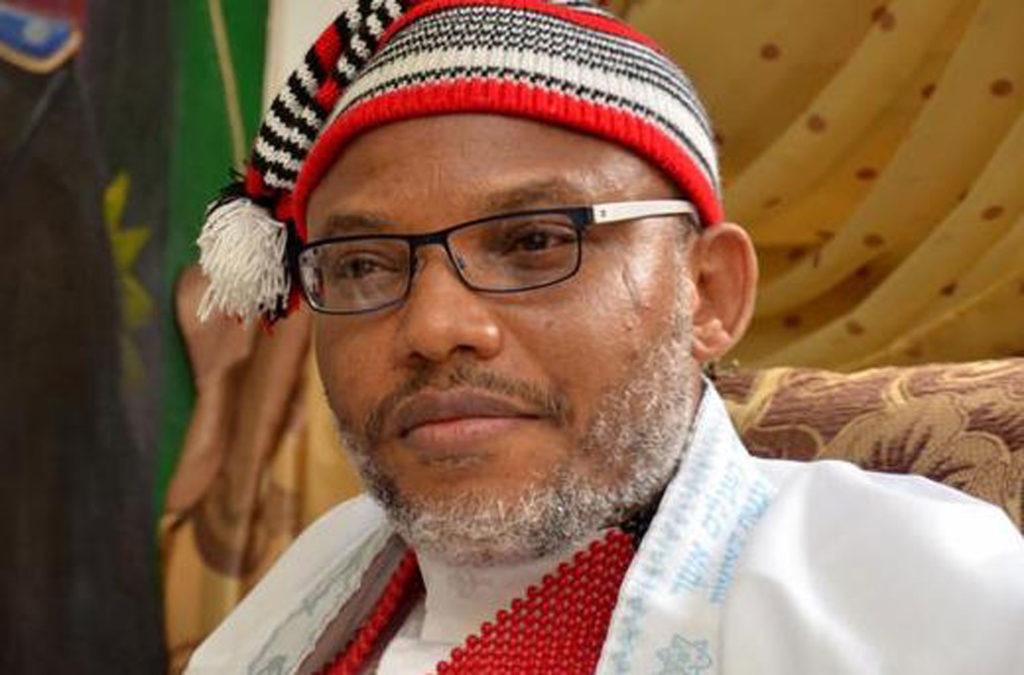 The Attorney-General of the Federation and Minister of Justice, Mr Abubakar Malami(SAN), made the disclosure to journalists on Tuesday, revealing that he was arrested and brought back to Nigeria on Sunday.

He said the arrest followed a collaborative effort between security agencies in Nigeria and Interpol.

Malami further disclosed that he would be taken before the Federal High Court in Abuja for the continuation of his trial on charges bordering on terrorism, treasonable felony, unlawful possession of firearms and management of an unlawful society.

IPOB had been highly active in organising large protests a couple of years ago, but the government’s designation of it as a terrorist group and the military clampdown last year significantly curtailed the group’s activities.

Some analysts suggest the separatists’ appeal among the Igbo community has declined. Many people in the South East believe the region has long been politically marginalised in Nigeria, but observers suggest that they are no longer looking to IPOB to address these grievances.