President Muhammadu Buhari has been honoured with two chieftaincy titles in Abakiliki, Ebonyi State, where he is currently on a 2-day working visit. 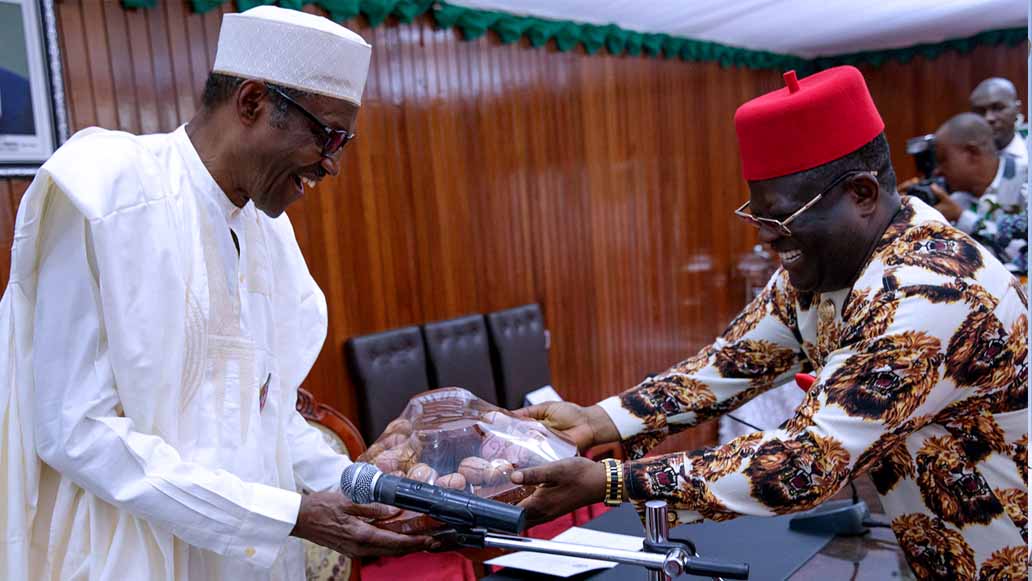 The President who arrived in Ebonyi on Tuesday was received by the governors of Enugu, Ebonyi and Abia states. 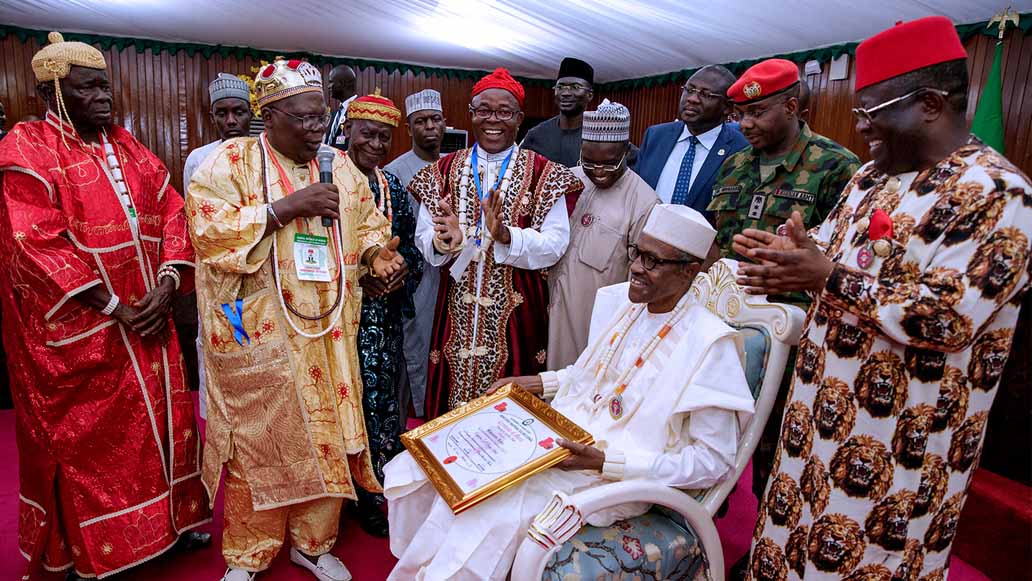 He made a stop at the Akanu Ibiam International Airport in Enugu after which he proceeded to Ebonyi. He is also expected to visit Anambra State.

This is the first time he is visiting the south-east region since he became president, a move which he hinted, is aimed at reassuring the region that his government does not discriminate against any part of Nigeria.

An inspiring story about hard work by Prof Yemi Osinbajo

‘I am dying of hunger’ Ex-Nigerian boxer...

These are the 7 things that happy...