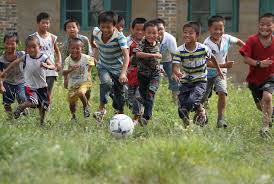 In a recent news, it has been reported that Chinese government is considering giving couples financial incentives in order to have second child. It must be recalled that China used to have a very strict birth control policy that prevented couples from having more that a child and there were penalties for anyone who goes against the rule.

Now, it seems there is a turn around in the way things are going as the government is considering supporting couples financially because surveys show many are reluctant to expand their families due to economic constraints.

Chinadaily reports that Wang Pei’an, vice-minister of the National Health and Family Planning Commission, revealed the potential move at a social welfare conference on Saturday that the commission is considering financial support for couples to have a second child.

“Top decision-makers last year relaxed the more than four-decade-old family planning policy to allow, if not encourage, all Chinese couples to have a second child.

“To have a second child is the right of each family in China, but affordability has become a bottleneck that undermines the decision.”

Wang said the the government is considering introducing supporting measures including “birth rewards and subsidies” to encourage people to have another child.

Meanwhile, a Professor at Nankai University in Tianjin, Yuan Xin has said though in some low-fertility countries like Japan, baby incentives such as cash subsidies, prolonged maternity leave, tax breaks, and child and healthcare benefits have been introduced by the government to boost the population but China is a different case.

He said this is not the right time for China to introduce such incentives as the nation is still facing challenged from a huge population base and limited natural and public resources to sustain population development.

Yuan also said, “the second-child policy is a choice by the top decision-makers facing a dilemma of the existing challenges and structural population problems like rapid aging and a shrinking workforce,

“After all, having one or two children should be a decision made by the families themselves.”

A Rare Teacher Donates Kidney To Save a Pupil

VIDEO: How my teenage daughter reacted to my...

How Israel use Technology to win their War...

VIDEO: How my teenage daughter reacted to...