Home » Couples To Now Write Exam Before Allow To Divorce….you will think twice before you divorce
All postsFamily Issues

Couples To Now Write Exam Before Allow To Divorce….you will think twice before you divorce

Couples To Now Write Exam Before Allow To Divorce….you will think twice before you divorce

Things have taken a new turn.Getting a divorce is no more a business, as usual, it now comes with a price as Yibin People’s Court, in China’s Sichuan Province, where one magistrate gave an exam to husband and wife which they must fail before they are allowed to divorce.

According to odditycentral.com,the divorce exam is the brainchild of Wang Shiyu, a judge at the People’s Court of Yibin County, who, after noticing that divorces accounted for an alarmingly large percentage of the court’s cases, decided to do something about it. His intention was to make couples think twice before ending their marriage, and also give them an opportunity to reminisce the good times they had together. So he came up with a series of questions for both husband and wife, which they must answer separately. If they score under 60, Wang approves their divorce application, if not, well, they have to keep working on their marriage, whether they like it or not. 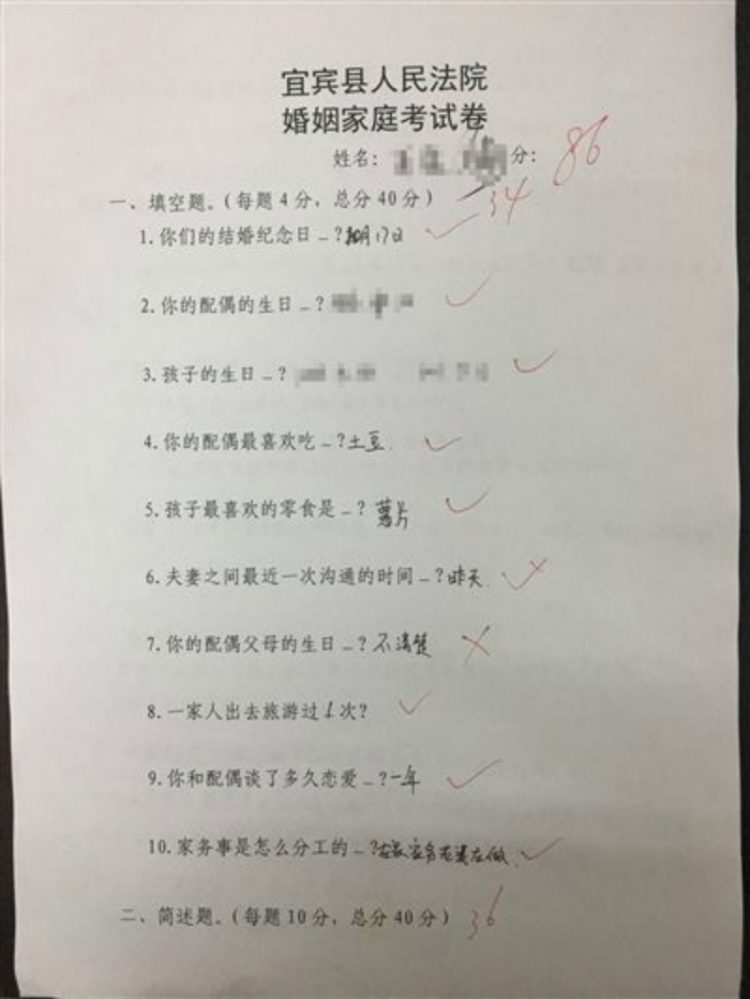 “Our intention is to know the real marriage status of the couple involved. They might also examine themselves and give consideration to the other half. After recalling bits and pieces of their marriage, they will be more rational towards it,” judge Wang said.

“As a county with a population of more than a million, the court in Yibin receives hundreds of cases each year, with half of them being domestic ones. Divorce cases account for a large percentage. As I also have a family and a child, when I’m dealing with these cases, I don’t want to see couples getting divorced in haste,” the magistrate added.

The written exam consists of three parts – fill in the blanks’, ‘short question’ and ‘statements’ – with questions covering basic information like family members’ birthdays, favorite foods, date of the couple’s anniversary, as well as more in-depth ones like ” What responsibility did you take up in this family?”, “What did you do good and what did you do bad?”, “What is marriage and family to you?”.

After both the husband and wife turn in their papers, the judge reads their answers and scores them. Here’s the catch, though – no one knows the criteria by which the papers are scored, and he refuses to reveal them 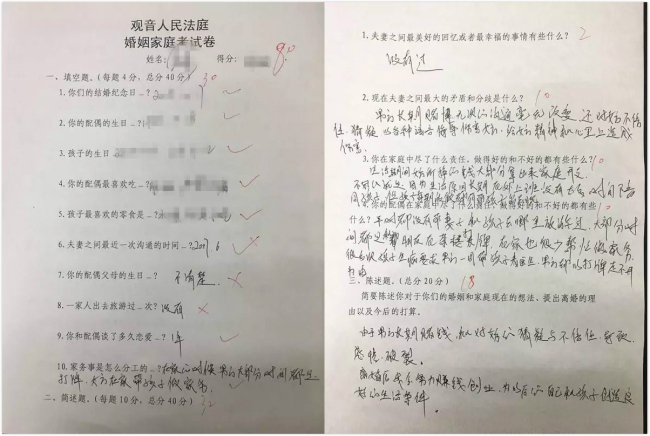 One of the first couple to go through Wang Shiyu’s divorce exam, on September 14, scored 80 and 86 respectively. Those were considered high scores, so the judge denied their divorce application, advising them to keep working on their marriage. Wang said that the husband had a gambling problem and was disrespectful to his wife, but because they had scored so well on the test, he decided that their marriage was not beyond saving.

News regarding the divorce exam recently went viral on Chinese social media, and got mixed responses from the public. While some applauded Wang’s intention to prevent couples from divorcing on the spur of the moment, while others argued that divorce was a personal matter, and that magistrates were better of focusing on other things, like alimony, custody of any children.

7 Best Ways to Introduce Your Partner to...

5 Things husbands should understand about their wives

3 lessons to learn from Bill and Melinda...