To take our minds off the troubles n shambles of these past weeks at Arsenal I would love to remember how football was played at the ARSENAL FOOTBALL CLUB beforehand. We have to at a certain figure that defined that era – Dennis Bergkamp.

Outside the Emirates Stadium in London lies a statue of Dennis Bergkamp in an atypically eye-catching pose – controlling a ball. It speaks volumes about the Dutch man’s cachet among the Arsenal fans that he remains a part of the club’s culture, embedded in the surrounds of their 60,000-seater stadium; their former striker acts as a constant reminder of the net shaking riches that once sat in their goal-frame bank account.

These days, however, the disputed genius of Arsène Wenger has many questioning why the North London club hasn’t managed to source a reliable, classy, clinical forward in recent seasons. The fact of the matter is that the style of play that has hovered over the club since the mid-1990s has been that of one connected with the spirit of stylish, haute couture football; it’s one that attempts to create the successful collaboration of aesthetics with consistently good results.

In short, it’s a pursuit of idealistic perfection that has enchanted so many – both supporters and neutrals alike. That Wenger seems to have become overly enchanted with his own sorcery, there is certainly a case to be made for. Indeed, it’s arguable that he has lost sight of evolving beyond his single-minded philosophy because it seems to fall down on one key aspect.

As with any football reasoning, Wenger relies heavily on having the right type of goalscorer – and the memory of Bergkamp is one that clearly, and literally, continues to haunt the club long after he has hung up his boots.

His ghost lingers in the minds of every true Gunner, both new and old alike because it is fair to say that they never truly replaced him. Finding a player who could do his job was never going to be an easy task when the non-flying Dutchman eventually departed. Had the technology to clone a younger version of him been possible, they might well have jumped at the opportunity.

Then again, this is Arsenal we’re talking about, and engaging in the complicated, futuristic practice of fabricating a duplicate would probably cost a heck of a lot of money. They’d probably haggle a cut-price deal with a dodgy molecular scientist down some back alley near the old Highbury Stadium and wind up with another Nicklas Bendtner.

On a serious note, though, replacing him would never have been a realistic plan. He was too unique a player, too special a talent, and too prestigious an icon to even consider trying to find someone who could fill the remarkable mold he hammered out for himself in the red and white of Arsenal.

He oozed swagger in a way that was far from cocky. Everyone remembers the outlandishly brilliant goal he scored against Newcastle United back in his heydey; it was a thing of beauty that transcends football. Even for those who don’t really buy into what the game has become or represents today, that maneuver was a thing of sheer beauty that forces us all to admire it. Bergkamp was, at that moment, as flexible and adroit as the most accomplished of gymnasts and as quick-in-thought as the most forward-thinking of philosophers.

Watch it again (and again, and again) and you’ll still see it in a Hypno-mesmerized state. It’s almost impossible to regard it without being enchanted by its complexity, its rationale, its stunning absurdity. There hasn’t been a goal quite like it at such a high level. That is to say, it is unique in the technique he employs to not only get Robert Pires’ drilled diagonal pass under control but to manipulate the power and pace of it with an outrageous flick and swivel around his marker. It is football at its grandest, but also at its most instinctive  Bergkamp simply does the extraordinary to bamboozle Nikos Dabizas and the goalkeeper, and it is precisely his fluidity, reflex, and silky savvy that makes it all possible.

That goal collided worlds, fused disciplines, and took our breaths away. It really is one of the greatest goals ever scored, but the most impressive thing about it is that it was – arguably – not even the magnum opus of his astonishingly captivating oeuvre.

Yes, he created art with his football, but if anything he was too humble and too rooted in the natural innocence of football as a boyish pastime to see it as something as pretentious as high art or poetry. 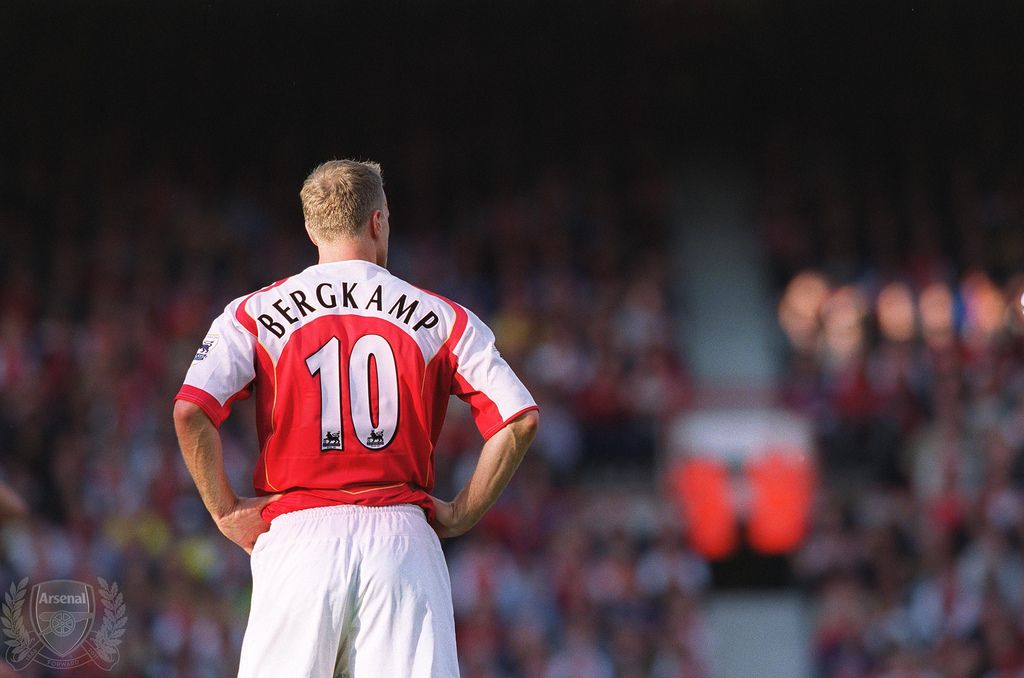 Bergkamp is, and was, purely a master of the game, he knew all the right moves, all the perfect combinations, and had a perfect view of the entire pitch in his mind’s eye.

He played it as if he was watching from a plateau. He’ll always be on another level.

Call me irrational but Arsenal FC should retire the jersey no. 10 forever.. (Till a
savior comes at least).

CAN releases fresh statement to Federal Lawmakers on Marriage