Manchester United were held to a draw by FC Rostov in the first leg of their Europa League last-16 tie in Russia.

On a challenging pitch at the Olymp-2 Stadium – which was criticised by United manager Jose Mourinho before the match – midfielder Paul Pogba miscued from inside the box early on. 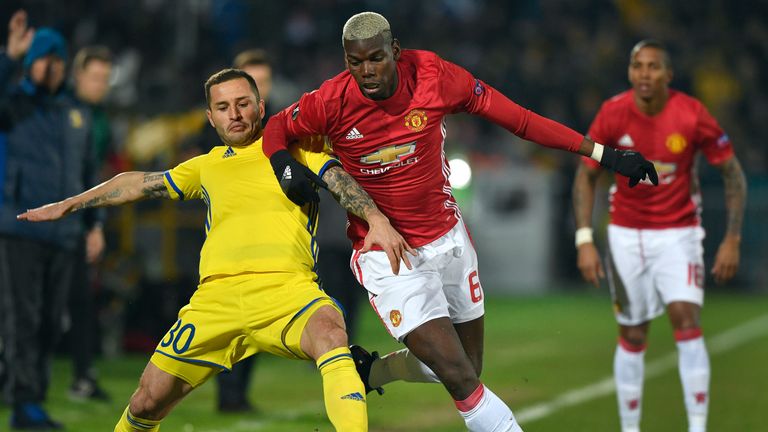 The Swedish striker shot over the crossbar in the second half, before Rostov forward Aleksandr Bukharov latched on to Timofei Kalachev’s pass for the equaliser.

Aleksandr Erokhin stabbed a shot wide for the hosts from a promising position and United’s Marouane Fellaini headed straight at the goalkeeper from a corner.

President Buhari Is Expected Back In The Country Today