The union between the Nollywood actress, Tonto Dikeh, and her estranged husband, Olakunle Churchil has finally reached it last bus stop as the actress family returned the bride price. 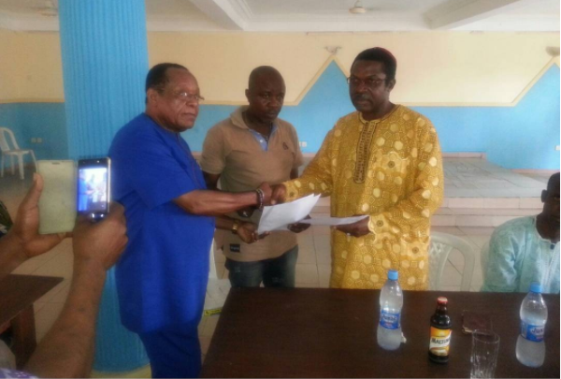 It was reported that Olakunle Churchill last weekend went back to Tonto Dikeh’s family house to have her bride price refunded.

However, their marriage has been dissolved traditionally as Churchill’s uncle, Bishop Dare led a delegation to meet with Tonto Dikeh’s father, Chief Sunny Dikeh in Portharcourt to collect the bride price they paid over a year ago when they held their introduction. 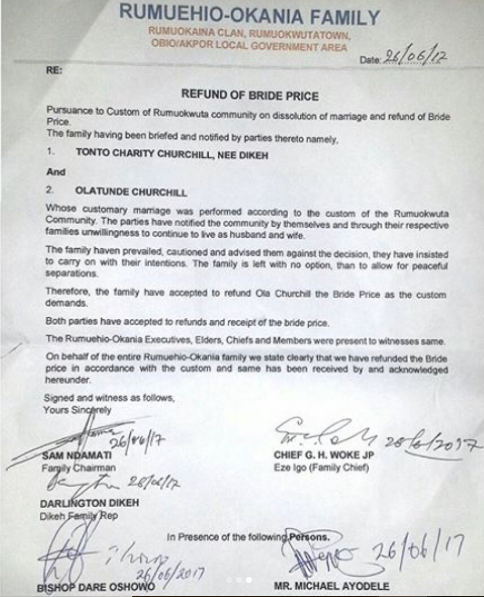 Dailyfamily.ng learned that just a few days ago, Tonto Dikeh’s estranged husband, says he’s done with the marriage and also stressed that getting married to Tonto in the first place was a mistake.  Churchill said this in an exclusive interview with LIB.

The return of the bride price from Dikeh’s family to the Churchills, signifies that the traditional marriage between their children has been void.

The return of the bride price from Dikeh’s family to the Churchills, signifies that the traditional marriage between their children has been annulled.

The two years marriage has been dissolved. The duo got married in 2015 and blessed with a son.

‘We are being ruled by a strange spirit’- Former aviation minister, Femi Fani-Kayode cry out

11 Challenges Every Man Will Face In Marriage

2Face Glows in Photo with His Mother

What Comedian, AY Did In Asaba Will...