Folorunsho Alakija’s son had one of the most expensive weddings in the world worth £5million last weekend.

The wedding between Africa’s richest businesswoman, Folorunsho Alakija’s son, Folarin and his woman, Naza which held over the last weekend has made it to the international scene as one of the world’s most expensive weddings. 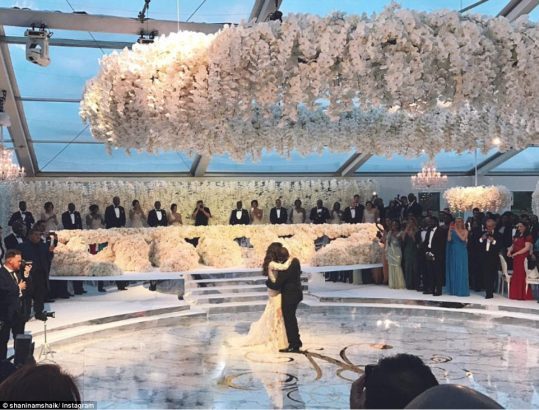 The wedding took place last weekend at Blenheim Palace in Oxfordshire and has been described as the most expensive wedding ever by international news platform, Dailymail. 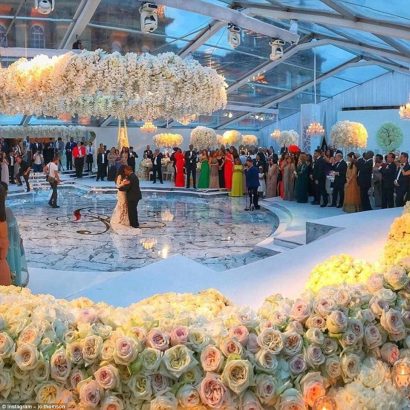 According to research gathered by dailyfamily.ng the wedding reportedly had a million roses which were done by Jeff Leatham who commands up to £250,000 (N114million) for flowers and has been nudged to have worked with the likes of Madonna, Oprah and Tina Turner. Jeff also did the flowers for the Eva Longoria and Tony Parker’s wedding. 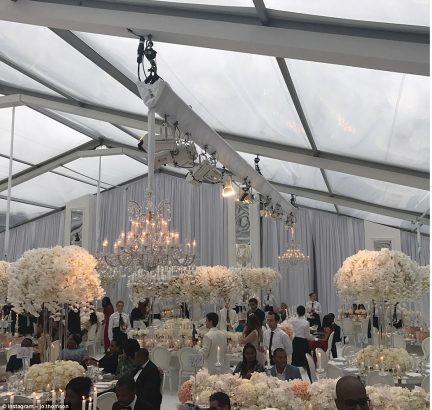 The report further revealed that the family may have spent as much as £33,000 (N15million) on the Woodstock wedding venue, an ancestral home of Sir Winston Churchill. 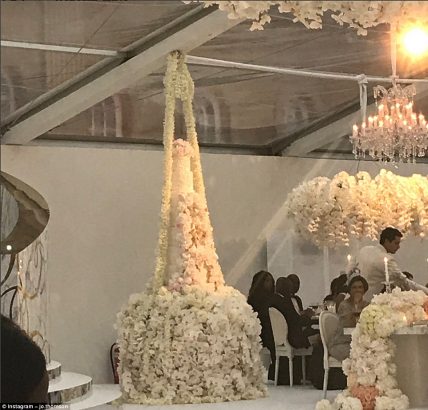 The cake for the event was made by Elizabeth’s Cake Emporium with hundreds of roses and ornate doves as adornment and the eight tier wedding cake is estimated to be worth as much as £2,400 (N1.1million). 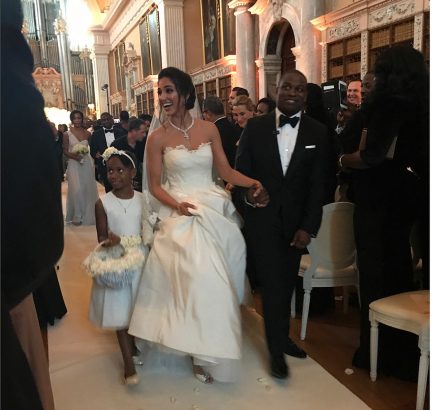 Guests were also serenaded with a surprise performance from Robin Thicke, a performance reported to cost about £150,000(N68.2million).

The groom Folarin Alakija is an entrepreneur and a cinematographer.

The bride Nazanin Ghaissarifar has a degree from the University of Manchester where she studied Bioengineering and Biomedical Engineering.

She also has a Graduate Diploma in Law and has worked as a model and marketing consultant.

Their traditional wedding was held last year in Lagos, Nigeria.

Photos of the traditional wedding in Lagos:

5 Important areas you must show responsibility

HOW TO PLAN A WEDDING WITHOUT STRESS

10 Most Common Mistakes to Avoid on Your...

Amazing things you need to know when choosing...

8 things to consider when choosing your Wedding...

Unbelievable! See What Happened to a Wedding...