The former Wolverhampton Wanderers goalie was in goal in Nigeria’s opening three games in the qualifiers but missed the rest of the qualifying games and the 2018 World Cup finals after he was diagnosed with acute leukaemia in July 2017. 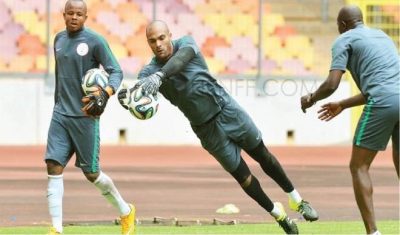 “The World Cup was the hardest thing, football-wise, for me to deal with,” Ikeme told BBC.com.

“When we played England at Wembley in June, I felt it should have been me. It was the same during the first match of the World Cup. It is not a case of life not being fair, more that every kid wants to play at one.

“I watched the matches through multiple angles. Even though I had my own issues, I couldn’t think the games didn’t matter. I had an emotional involvement.

Read Also:See What Carl Ikeme Said after Missing Out of World-Cup

“They were my team-mates. People I class as friends. When Argentina scored in the last minute to knock us out, I was angry in my living room. I felt bad as a fan. I felt sad for my team-mates and sad for Nigeria.

“I can’t explain how joyous playing for Nigeria was for me. To know my whole family was proud. To know I was representing 200 million people who are mad about football. I love it there.

“I have unfinished business with Nigeria. I have spoken to the manager, Gernot Rohr, about learning from him; about the set-up and understanding the tactics from the sidelines. He has offered me the opportunity to go and be one of his assistants, which is great.

“I am hoping to be involved in an upcoming fixture against Libya in October. If not that one, the next.”

What Buhari Asked The New DSS D.G Will Leave You Speechless