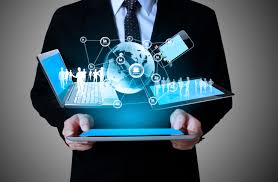 . Facebook wants entrepreneurs to use applications to boost businesses
WITH Nigeria ranking 169 out of 190 countries in the ease of doing business index, the Federal Government has been reminded of the need to urgently fix the economy if it must attract fresh investments to the technology sector.
This plea was made by experts,  yesterday in Lagos, at the third day of the ongoing Social Media Week (SMW), which is in it fifth year. The experts  spoke as panelists on the topic ‘Creating an Enabling Environment For Tech Investments.’
Opening up the discussion,  the Founder and Vice Chairman, Signal Alliance, Collins Onuegbu, it will be a bit difficult to attract investments into the economy at a time the economy is struggling.
Onuegbu, at the session, which was hosted by Harvard Business School Association of Nigeria (HBSAN), said there was need for the handlers of the economy to be educated on what is possible with technology and how the system can actually trigger investments. He stressed that there is an investment money in Nigeria.
According to him, though most Nigeria technology companies are small, however, “there have not been much investment in the sector, but that is not to say the industry is not growing. Companies start small and grow big.”
The Signal Alliance boss noted that if the environment becomes stable, all the sector’s will work. “Government has a responsibility of ensuring that Nigeria becomes stable. The business environment should become ease. There should be easiness in registering new businesses, power should become stable, the laws driving business should be adequate, there must be a good exit strategy for investors if they want to.”
For the Co-Managing Director, TechStarts, Atlanta, Tyler Scriven, investments in technology development in the USA was early, “reason for the various breakthroughs and growth been witnessed today.”
Scriven, while advising startups to be consistent and creative, noted that if a firm delivers a solution that solve a particular problem 100 per cent, “it will be looked for.”
He revealed that US technology companies spend a lots on lobbying and regulations.
For the Country Director, Andela, Seni Sulyman, government should not look at regulating technology, “but they can work out how tech space can be coordinated, stressing that the market will pick winners.”
Sulyman called for collaboration among stakeholders to boost investments in technology.
In his contribution, Head, Leveraged Finance, Rand Merchant Bank, Ladi Williams, said investors are looking for a productive environment that will guarantee their investments.
Williams observed that the technology community in Nigeria became productive about four to six years ago, pushed by Angel investors.
Meanwhile, the Regional Product Marketing Manager, Facebook, Mathew Sedze, has urged entrepreneurs to use Facebook’s applications to boost and profit their businesses.
Sedze said business owners needed to build their brands, so as to grow their businesses and make profits.
According to him, the centre of branding building in a mobile world is connection, hence, entrepreneurs have to be digitally connected.
”Mobile is an evolution of communication, and Facebook holds the technology to enable communication and mobile.
”Our mission is to give people the power to share and make the world more open and connected.
”We are helping entrepreneurs create valuable, meaningful connections between people and businesses,” he said.
Sedze said that Facebook had ‘Audience Network’, which is a collection of Applications that the social network platform used to reach people.
He said that businesses should leverage on the audience network to  reach their customers, as people consume content differently on social media.
According to him, businesses should connect with people where they spend their time.
”Facebook has 1.7 billion active people who spend their time on the platform. In Nigeria, 18 million people access Facebook every month, while 8.6 million or 48 per cent of monthly active people return everyday.
”People’s time and attention are on mobile. Tap into the mobile discovery mindset,” he said.
The Small & Medium Enterprise (SME) Account Manager, Africa, Facebook, Hicham Zaraket,  said that when trying to create an advertisement, using the video applications that the platform had, the business owner should start with a major idea.
Government Urged To Create Enabling Environment For Technology Investments
Government Urged To Create Enabling Environment For Technology Investments
Government urged to create enabling environment for technology investments
Government urged to create enabling environment for technology investments
nigeriatechnology
0 comment
0
FacebookTwitterPinterestEmail

Frank Edwards hits the town with his new single

Two weeks to my wedding, I caught my...

Two weeks to my wedding, I caught...