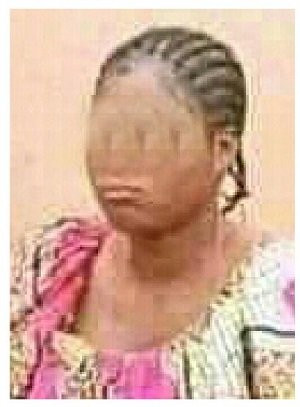 A housewife Rosemary Osegba Clem based in Nasarawa state killed her mother-in-law. She said she has no regrets hacking her mother-in-law, Mrs Ashi Clem, to death in Abena community in Doma Local Government Area of the state on March 18, over the woman’s interference in her marriage.

In an interview with The Nation, Rosemary said she and Abaagu Clem, a farmer and trader, got married in February 2016 but the marriage was yet to produce a child.

According to Rosemary, she and her mother-in-law became sworn enemies the day Clem, an only child, introduced her as his wife to be.

Rosemary says efforts by her mother-in-law to get Clem not to marry her, proved abortive as he stood his ground, insisting she was the one for him.

Rosemary said her mother-in-law never hid her hatred for her as every little issue they had was easily amplified to a major issue, resulting in a quarrel and physical fight in many cases. 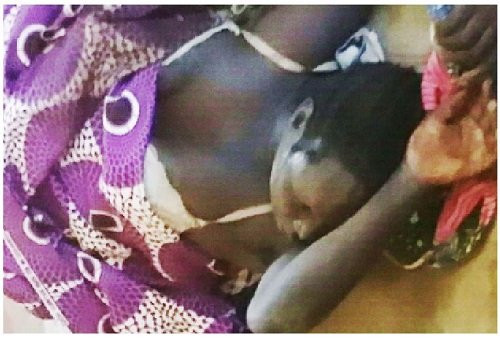 According to Rosemary, her inability to bear a child for her husband saw her mother-in-law mounting pressure on him to take another wife. She said her husband at a time began yielding to his mother’s pressure and was introduced to a girl who started living with her mother-in-law. The imminent threat to her marriage forced her to take her mother in-law’s life as she could not share him with another woman.

Rosemary fetched an axe in the early hours of Saturday, March 18, 2020, walked into her mother-in-law’s room and hacked her to death in her sleep.

Rosemary in the interview said she is ready to face the consequences.

“My mother-in-law made life unbearable for me because I could not bear a child for her son. It has been hell for me from day one of this marriage. My mother-in-law did everything humanly possible for me to leave the marriage. She always swore that if indeed she was my husband’s mother, she would not allow the marriage to work. I did everything humanly possible to appease her, but it was all to no avail.

She insisted that I must leave the house and that her son must get married to another girl. True to her threats, she went as far as getting another girl for my husband. I also blame my husband for telling his mother everything about our private matters, including sex, finance and other issues. My husband always complained that I refused him sex most times, even though I told him that I’m not the type that likes to have sex all the time.

I don’t have sexual feelings like other women because I was circumcised. But I told him I loved him. We had sex only once in a week, but he couldn’t bear it, and he told his mother who had already developed a hatred for me about it. My husband decided to focus his attention on the new girlfriend his mother brought for him. Most times, the girl would spend a whole week in my mother-in-law’s apartment with the consent of my husband.  When I could no longer bear it, I took the decision to eliminate her so that I can save my marriage.

I still love my husband and cannot afford to share him with anybody. It is God that gives children. I strongly believe that one day, I will also take in and deliver. It is all in God’s hands. She accused me openly of cheating on her son by calling me all sorts of names, which is embarrassing to me. I was ashamed of myself even moving around. I don’t know what I did to her. The trauma and intimidation became unbearable for me, so I was forced to kill her before she would disgrace me out of my husband’s house.

My parents are no longer alive. If she gets me out of this marriage, where will I go? Ordinarily, I don’t have much problem with my husband. We always have a way of settling our issues. But her interference was overbearing. In the midst of these, my husband, who used to love me so much suddenly changed and was completely obeying his mom’s directives and I watched him sleep with the proposed girl by his mother, it was clear that he does not have feelings for me anymore.

I took the decision (to kill her) because I was ready for the worst. The marriage had become boring and characterized by crisis, courtesy of my mother in law.

At a point, it became obvious to me that the marriage had irretrievably broken up. I suggested to my husband that since he was convinced by what his mother was telling him, he should let us call it over and I would move on, but he refused. So I concluded that killing her would stabilise my marriage and restore my happiness. I hatched the plan for some time but only made up my mind to execute it today.” she said

On his part, 43 years old, Mr. Chem, the only son of his parents, who had lost his father when he was only 18 years old, said he was shocked and confused about the whole incident. He said he loved and misses his mother

“She taught me to be the man that I am today—strong, kind and someone who believed in giving a second chance. When my father died, things were not easy, but this woman stood by me to survive the trauma. I am really hurt and traumatised by the violent and horrifying act she committed. My mother was compassionate and caring. Never did I doubt her unconditional love for me. She had taught me to dream and ultimately to live unselfishly.

“My mother was not wicked or cold-blooded as my wife is painting her. I used to tell her to be calm, but she refused. What does she want me to do? To fight my mother who gave birth to me? Now that she has killed my mother, she will be the one to tell me what she wants, and at the appropriate time, I will battle it out with her. I won’t take it lightly.”he said