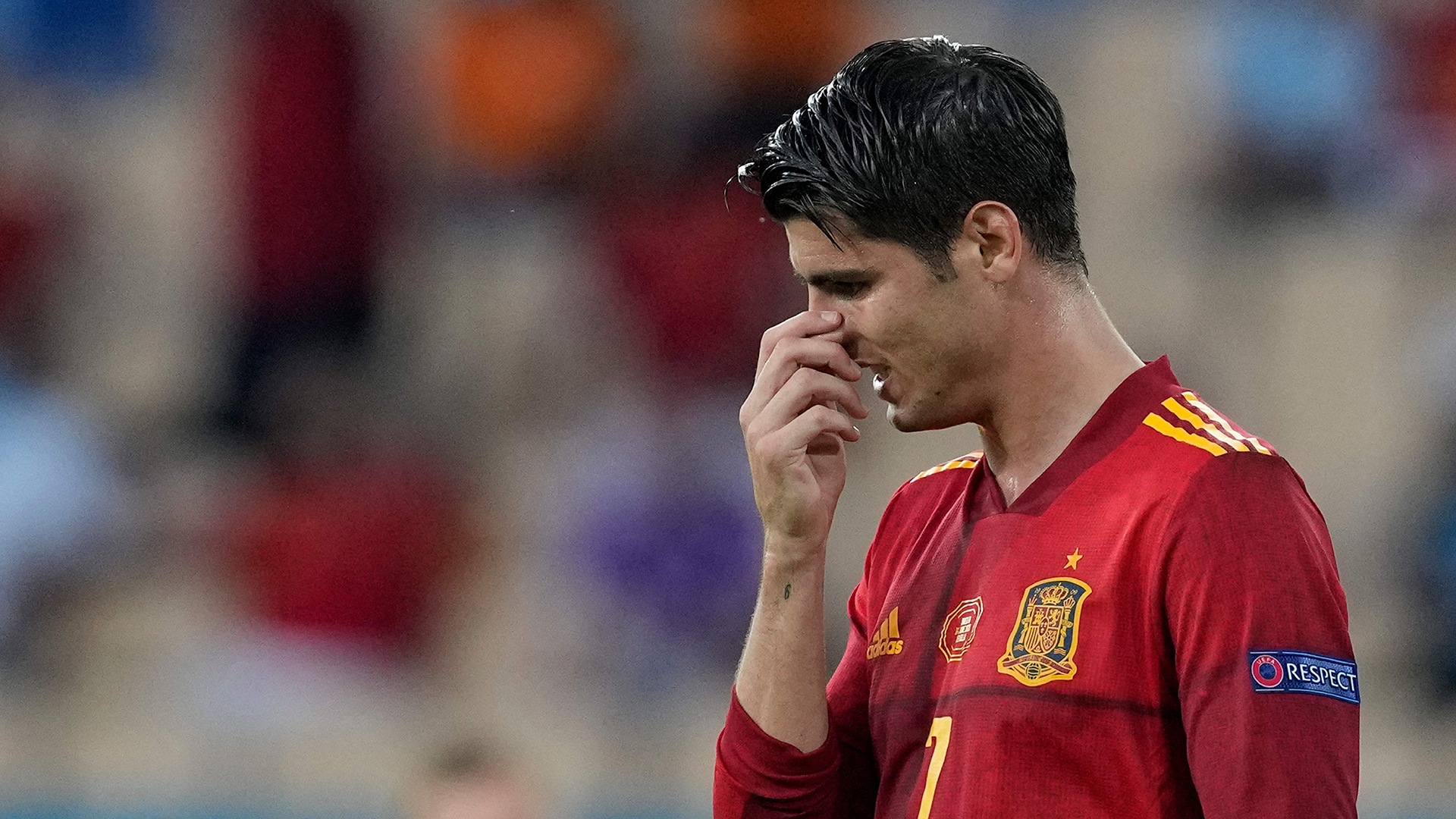 Morata has revealed threats made to him and his family from supporters of the Spanish National Team because of his lacklustre performance for his country at the Euro 2020.

The former Chelsea striker and forward has been criticised by his supporters for his lack of goal-scoring instincts throughout the tournament.  During the draws against Sweden and Poland in the first two matches, Morata struggled to find the back of the net and also missed a penalty against Slovakia.

Morata went ahead to reveal the messages sent from spiteful fans towards his wife Alice Campello and his three young sons.

Read Also: BREAKING: UEFA terminate ‘away goal’ rule in all competitions from 2021-22 season

Morata told Juanma Castano’s El Partidazo de Cope programme: ‘Maybe I have not done my job as I should.

‘I understand that I am criticised because I have not scored a goal, but I wish people would put themselves in the place of what it is like to receive threats, to be told that your children should die.

‘I didn’t sleep at all these past few days, because of the adrenaline. I’m very happy, but it bothers me not to do my job well. The fans whistled at me before warming up, but I’m happy to take the penalty (against Slovakia) and have missed it.’

Nigeria is poor, we have to borrow responsibly – Senate President, Ahmad Lawan