Home » Incredible! What This Man Is Using His Hands To Do Will Make You Shout
All postsLifestyle

Incredible! What This Man Is Using His Hands To Do Will Make You Shout

Incredible! What This Man Is Using His Hands To Do Will Make You Shout

A 32-year-old man has been doing things against the normal rule of nature as he spends most of his time walking on his hands as he does on his feet.

As reported by odditycentral.com, having trained to walk on his hands from a very young age, he can now climb mountains and perform all kinds of stunts with his legs hanging in the air. 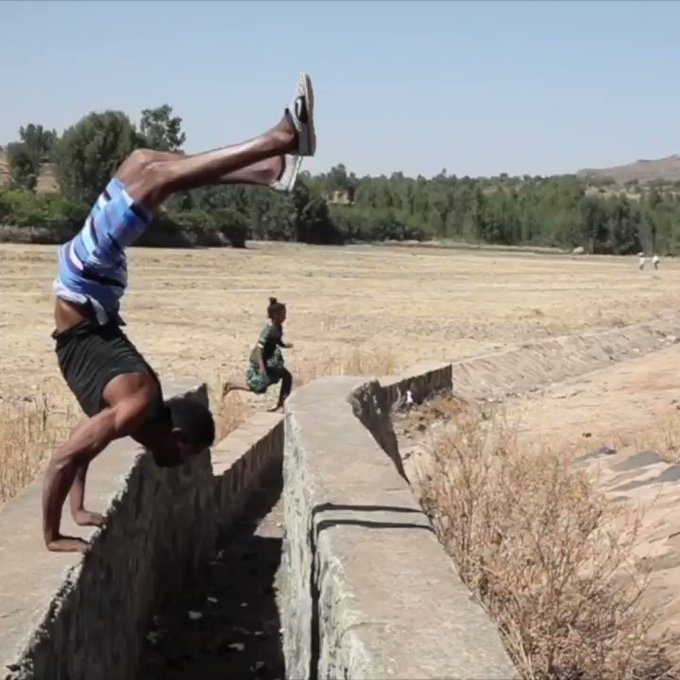 Interestingly, Dirar, who lives in Tigray, northern Ethiopia, grew up watching Chinese and American movies, but as a kid, he didn’t know anything about editing. He thought all the stunts he saw on screen were real, so he started to train in order to emulate his heroes. By the time he learned that most of the action scenes in his favorite films were nothing more than illusions, Dirar had already become a master of hand-walking, so he kept on training.

In a video interview with BBC, Dirar Abohoy said that he trains daily – three hours in the morning, and another three in the evening – in the hopes of one day using his skills to set a Guinness Record. He can pull cars while standing on his hands, climb  and descend the mountains around his home town, and even carry people on his back, while walking on his hands, so I’m pretty sure his dream will become a reality very soon.

A video of Abohoy practicing his hand walking went viral on social media last week, drawing mixed reactions from the public. While some people found his skill amazing, others simply said that there are much better things he can do with his hands than use them for walking, especially with two healthy legs to use for that.

14 Things You Must Know About Parenting