An elderly woman from the Indian state of Andhra Pradesh was brutally murdered for her Christian faith while doing her daily devotions. 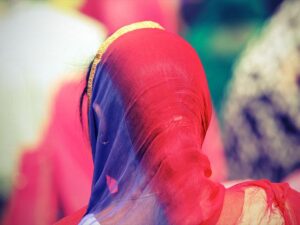 Chadarajupalli Subbaravamma, said to be in her mid-sixties, was praying and reading her Bible on the terrace of her home when a young Hindu man suddenly attacked her.

“By the time we all went to the terrace, she was lying with her blouse by her side and the Bible was thrown away, and her head bled profusely,” her son Subba Rao, told World Watch Report. “She died on the spot.”

RAJASTHAN REVIVAL
The incident happened on March 21. According to her husband, Subbaravamma had just finished taking a bath and was heading to the terrace to pray around 5:30 pm.

“The neighbours saw him (the young man)beat her to death,” Rao told World Watch Report. “She was knelt in prayer and fell with her face down. The blows were so heavy that her head is broken apart.”

Subbaravamma reportedly converted to Christianity from Hinduism 10 years ago. According to her pastor, she was baptized and was an active member of the church.

“On any Sunday, she would be the first one to make it to the church,” her pastor, Mohan Rao told World Watch Report. “She was a strong believer.”

Before her conversion, Subbaravamma’s family used to work in a Hindu temple near their homemaking statues of various Hindu gods. The entire household eventually converted to Christianity.

According to Open Doors, a group that monitors religious freedom around the world, the assailant confessed to killing her because he was angry she had left Hinduism.

Locals say the temple priest was also upset by her conversion.

Still, Subbaravamma’s son says, “Nobody should wish such (a) painful death to (even) their bitter enemies.”

Local authorities later apprehended the attacker but insist this was not a case of religious persecution.

“The accused suffers from some psychological disorder,” Satya Yesu Babu, a police superintendent told World Watch Report. “This case has no religious angle. The accused is a psychological pervert and he was desiring only sex. When she revolted, he started beating her.”

One villager, who did not wish to be named, told World Watch Report: “Are we so foolish that we can’t recognize if a person is insane? We will stand up for Subbaravamma. As many as 50 of us are ready to testify in the court if needed.”

Neighbours say the accusation that the attacker was “mad” and didn’t carry out the killing because of Subbaravamma’s faith, is simply outrageous.

“It is a well-planned murder,” one of the villagers told World Watch Report. “Anyone standing at the temple can clearly see the woman on the terrace. She was targeted.”

“Pray with Subbaravamma’s grieving family, her husband Jayaramaia and son, Subba Rao, and his family,” Open Doors urged in a statement. “Ask God to comfort and protect them, as well as the local Christians who are traumatized by her death.”

Christians in the area are reportedly prepared to protest the police handling of Subbaravamma’s investigation.

Meanwhile, family members are grieving the loss of their loved one.

“My father is in his seventies,” Rao told World Watch Report.”He has not touched a morsel of rice since the day she was killed. He is very depressed and crying like a baby.”

Jesus own goal puts Sevilla in danger as Bayern wins

FCMB :Ladi Balogun To Step Down