A prisoner awarded PGD and Masters degree in Awka prison

An inmate at the Awka Correctional Centre in Anambra has bagged himself two certificates from the National Open University of Nigeria (NOUN), Awka Study Centre. 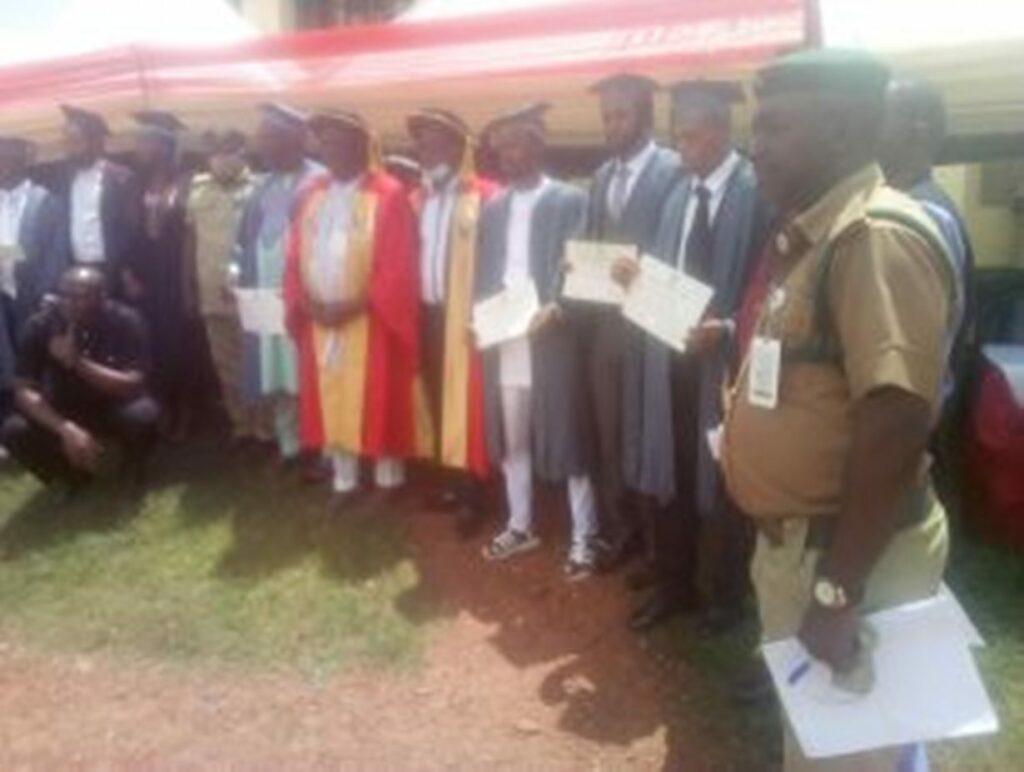 Jude Onwuzulike, an inmate in the correctional centre bags the certificates of Post Graduate Diploma (PGD) and Masters of Science degrees in Information Technology on Tuesday, June 29.

Mr Felix Edoka, Registrar, NOUN, who presented the certificates at the Awka Correctional Centre, stated that the programme was targeted at impacting lives, including providing inmates education.

Representing the Registrar was the Deputy Registrar (Academics), Oladipo Ajayi, who commended the inmate for achieving the feat despite being in prison.

He encouraged other prisoners to take advantage of the programme to become educated.

The director of NOUN Awka Centre, Scholastica Ezeribe, also said, “The inmate defended the certificates online under strict supervision. This shows that distance and space were no barriers to interested students of the institution.

“We could have given him the certificates with his colleagues during the convocation in Abuja, but because of his peculiar situation, we had to bring the two-in-one certificate to him.”

The prison comptroller, Patrick Chukwuemeka, added that the scheme was initiated for inmates’ educational development and skill empowerment.

Mr Chukwuemeka thanked the programme facilitators for their assistance to the graduate, appealing to other inmates to imitate Mr Onwuzulike.

“The correctional centre is not only for confinement, but opportunities for the inmates to upgrade themselves academically as well as learn skills that will make them better persons after their jail term,” he said.

Read Also: The things you never knew about Fulani Festival – The Sharo

3 REASONS WHY COUPLES STAY TOGETHER FOREVER

“I and My Husband Are Violent Towards...