Home » It’s Pays to be Good! Former boss of a Lady during NYSC becomes a Corps Member Serving in her State (Photos)
Lifestyle

It’s Pays to be Good! Former boss of a Lady during NYSC becomes a Corps Member Serving in her State (Photos)

A woman whose name is Constance Chinwe Ekwuribe has narrated how a man who happened to be her boss during NYSC became a corps members in her own state.

Chinwe who served in Adamawa State said the man was very kind to her when she was serving in 2011.

As fate would have it, 8 years later, the tables turned and the man found himself as a corps member serving in Chinwe‘s state, Abia.

Read Also: Hilarious! Drug User Hands Dealer to the Police for Selling Flour for him Instead of Cocaine

She shared photos of herself and the man while she was serving in his state and another of him serving in her state and used it as a lesson. She advised her friends to be kind to people because they do not know where they’ll meet them tomorrow. 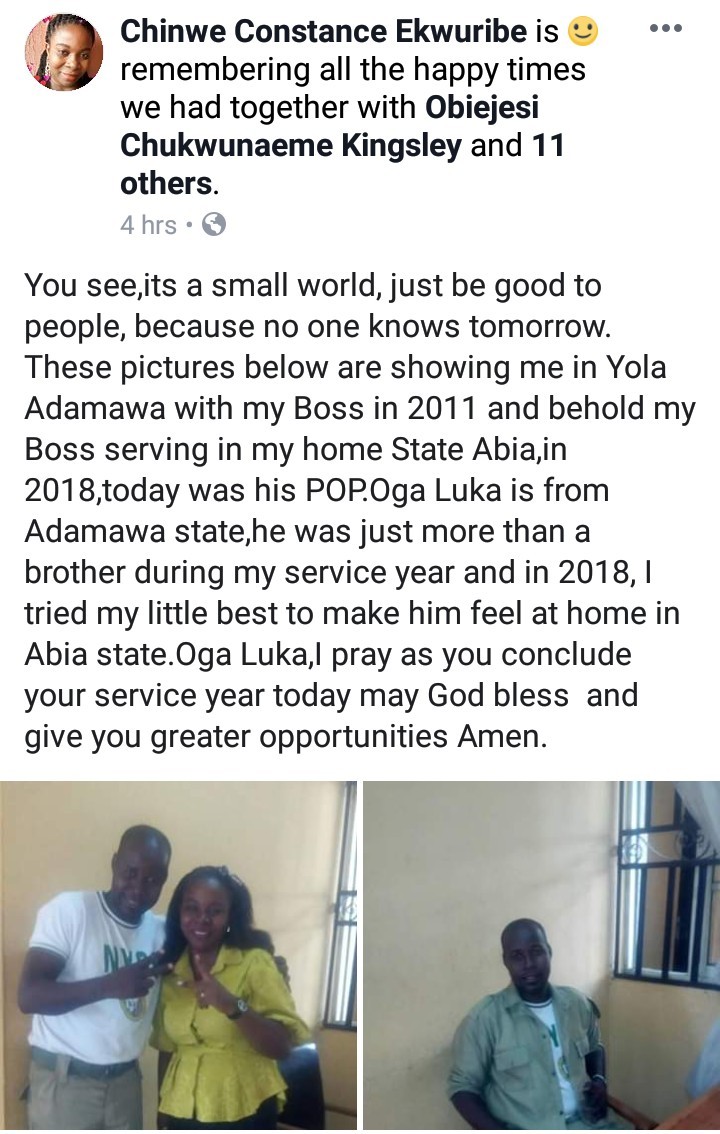 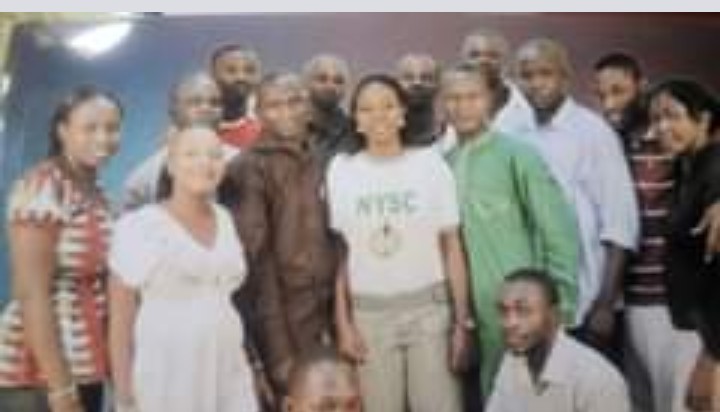 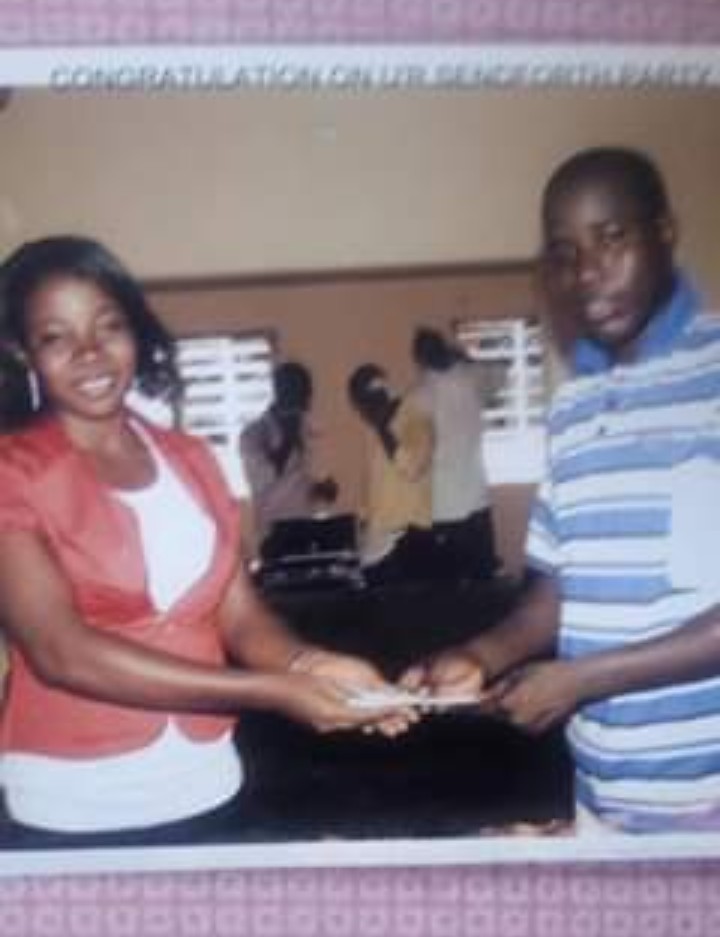 See a Nigerian Reaction to Fashola’s Statement on Electricity

The things you never knew about Fulani Festival...

The Evolution of Collars

5 Things you should know before marrying an...

21 THINGS EVERY NIGERIAN SHOULD DO URGENTLY