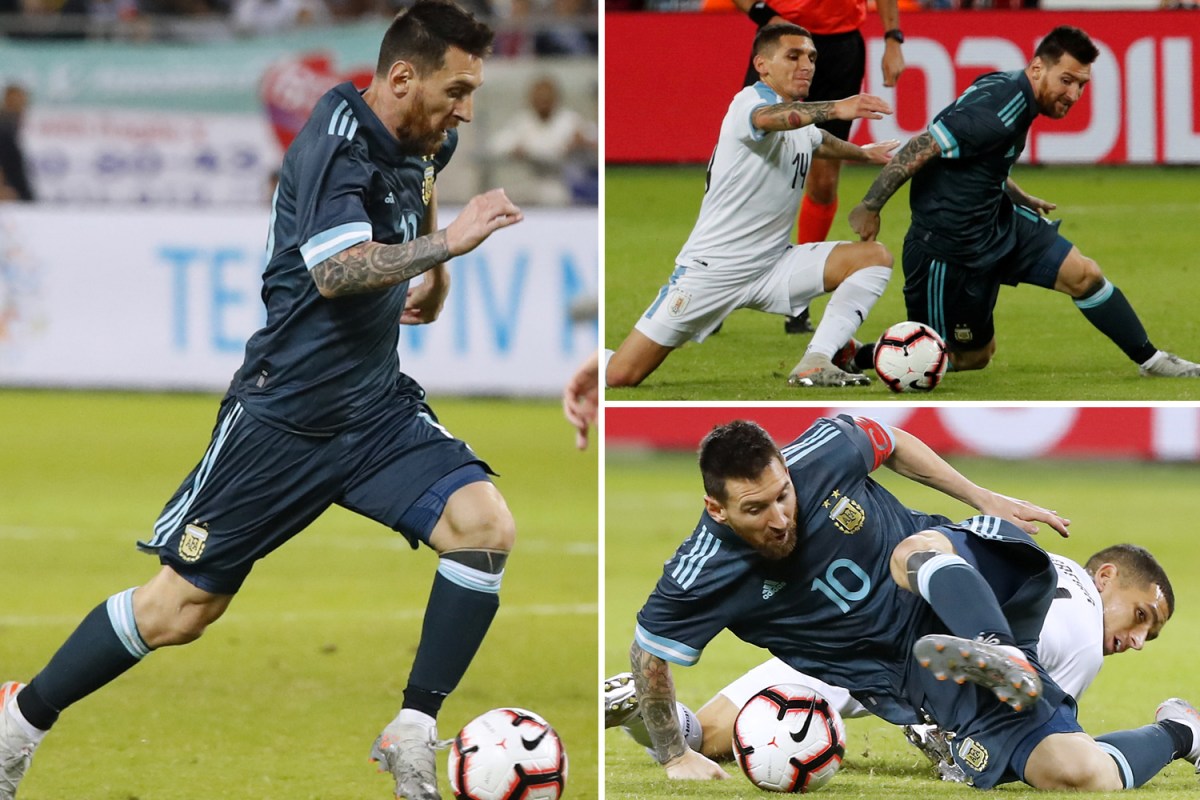 After the opening day draws against Chile which put them under pressure going into the next game, Argentina fielded a strong/solid team performance and defeated Uruguay in a game that sees them move into first place in Group B, an important step towards a place in the Copa América quarterfinals.

Argentina began well and scored very early from a short corner as Lionel Messi took on Lucas Torreira, cut into him to find some space and put in a perfect cross to find Guido Rodríguez who headed it home off the post.

After the opener was scored, Argentina had a vivid strategy: allow Uruguay have the ball, stay solid at the back and try to finish the game on the counter. Uruguay was always excellent when they get to defend and counter-attack but they have always struggled historically to keep possession and break teams down.

They aren’t a possession-based team.

Lionel Scaloni made four defensive changes to his defensive structure and the backline was a lot more solid, with goalscorer Rodríguez doing an excellent job in shielding the defenders. Despite having Luis Suárez and Edinson Cavani on the pitch, Uruguay struggled for the rest of the game to create and convert chances and Emi Martínez had no important saves to make in the second half.

Argentina couldn’t get a second goal to ensure the victory, but Messi and the other forwards did a good job keeping the ball in their half to run out the clock. The final whistle came, and Argentina were the winner’s thanks to very good team performance.

They need only three points from the remaining two games to guarantee a spot in the next round, and finishing the top two in the group would be important if they’re to avoid Brazil and/or Colombia in the Final Eight. Messi and Argentina face Paraguay next on Monday, and victory in that game could give Scaloni a chance to rest Messi, who looked tired in the final minutes, in the last game against Bolivia.

Messi is STILL the king of South American football

This is not news to anyone but it is very applaudable to see just how brilliant is every time he steps on the pitch of play. With Neymar skipping and dancing around opponents with his Brazilian teammates and sweeping and taking them to the dry cleaners, Messi was totally isolated in attack (if not in midfield, for once) and had to go it alone.

Many times against Uruguay the Barca man had to take on two or three men in a row as he tried to create magic and chances for other attacking players in his team, out of thin air – and that is how much this man’s genius is important to the world of football!

Of course, Messi got the games’ only assist, to go with his wonderful free-kick from the opening game against Chile. He took a short corner here, with Rodrigo De Paul before curling in a glorious cross for Guido Rodriguez to bang home. He also came close to scoring on a couple of other occasions but was just too tired after beating many Urugarya with the ball at his feet.

It might not be enough for Argentina to win the 2021 Copa America (we can’t really say) but Leo is a one-man wrecking army, he is routine sure and absolutely delightful to watch as he makes wonders unfold before your eyes. A mesmeric magician who deserves nothing less than sheer adulation, glory and respect.

She promised not to leave me- My Story of Love (Series)

How I was sold into slavery in Libya — Adaeze

El Clasico: “We are down because it...