Home » List Of World’s Most Educated Countries…no.1-5 will surprise you
All postsEducation

List Of World’s Most Educated Countries…no.1-5 will surprise you

List Of World’s Most Educated Countries…no.1-5 will surprise you

How each country of the World invests in their education sector and their citizens’ response to education reflects in this ranking as it looks like a surprise.

Below is the list of world’s most educated countries: 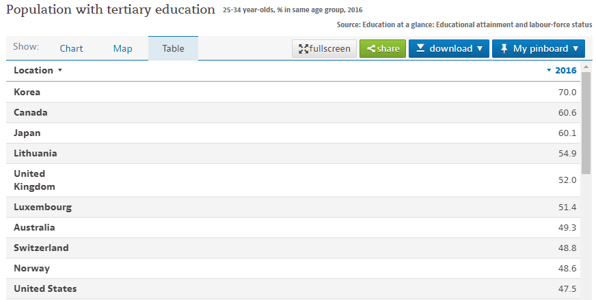 It’s South Korea, according to the OECD’s assessment of the percentage of people between the ages of 25 and 34 who have completed tertiary education. Levels of higher education are becoming increasingly important as globalisation and technology reshape the needs of labour markets. 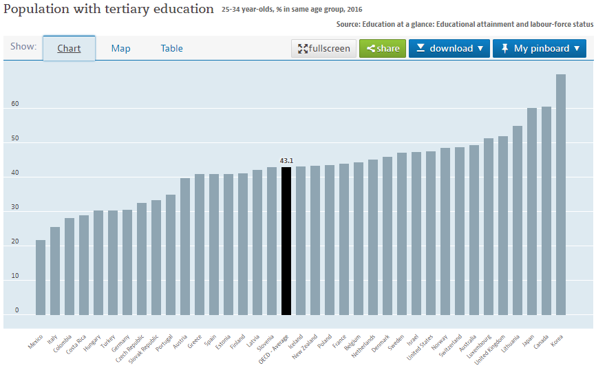 South Korea has invested heavily and the share of public expenditure on education increased by 10 percentage points between 2005 and 2014, according to the OECD report, with spending up in primary, secondary, and tertiary education.

There’s a focus on science and technology subjects. South Korea’s share of graduates and new university entrants in engineering, manufacturing and construction is much higher than the OECD averages. 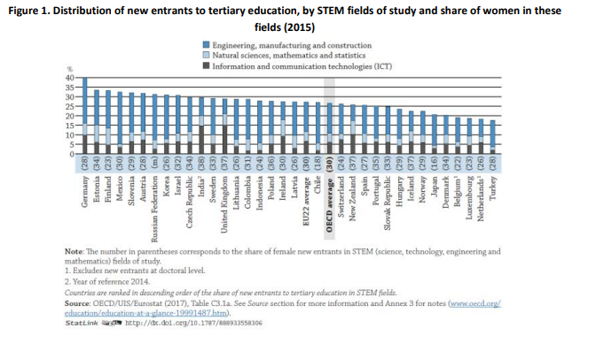 Canada is second on the list, with 61 percent of 25-34 year-olds holding a tertiary qualification. Even so, while the nation has a large share of higher-educated adults, few continue beyond a bachelor’s degree, the OECD statistics show. 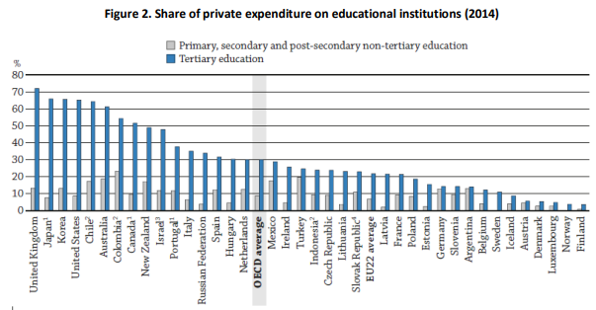 Lithuania is fourth on the list. Here higher education attainment rates have increased largely over the past 15 years as expenditure on tertiary institutions expanded to exceed the OECD average.

In fifth place is the U.K., which spends the highest proportion of its wealth on primary to tertiary education, according to the OECD. As well as an above-average share of public spending, a large portion of funding comes from private sources.

In the second half of the top 10, Norway is the only Scandinavian nation to feature, alongside Luxembourg, Australia, Switzerland and the US. Perhaps surprisingly, despite being almost universally admired for its education system, Finland doesn’t make the top 10.

When taking into account people aged between 25 and 64, Canada topped the list, followed by Japan, Israel and Korea. Finland — where tertiary students don’t have to pay fees — does make the top 10 in this case, coming in at number eight.

Hilarious! See the Worst 20 Seconds Ever Played in Football (Video)

7 Strategies to Increase Self Esteem

4 Special Ways To Love Your Spouse