Home » Man Wearing Women’s Clothes For The Past 20 Years…his reason for it will melt your heart.
All postsweird news

Man Wearing Women’s Clothes For The Past 20 Years…his reason for it will melt your heart.

Man Wearing Women’s Clothes For The Past 20 Years….his reason for it will melt your heart.

Strangely, a Chinese man has been dressing like a woman for the past 20 years which has touched the heart of numerous people since the death of his Sister,20 years ago in order to console his bereaved mother. Man Wearing Women’s Clothes For The Past 20 Years….his reason for it will melt your heart.

According to odditycentral, Pear video showing a man wearing a traditional cheongsam dress while looking after his mother, recently went viral, having been watched over 4 million times.

He isn’t just any cross-dresser, in fact, he doesn’t even prefer women’s clothes, but he has been wearing them exclusively for two decades, in order to make his old mother happy. The woman had begun showing signs of mental illness following the death of her daughter, so one day he put on a woman’s dress, just to make her happy. She liked it so much that he kept doing it for 20 years. Man Wearing Women’s Clothes For The Past 20 Years….his reason for it will melt your heart.

“The first time I dressed as a woman she was so happy, so I kept doing it,” the unnamed man says in the video. “I’ve basically been living as a woman ever since. I don’t own any men’s clothing.”

Asked if he was embarrassed about what people will say when they see his attire, the man made it very clear that the only think that matters to him is his mother’s happiness.

“This is my family’s business, if you don’t like the way it looks then don’t look,” he said. “I’m doing this for my mother. Why would I be afraid of people laughing at me?”

Despite suffering from mental problems, the man’s mother seems both aware and appreciative of what her son has been doing for her these last two decades. In the video, she can be heard saying “She is my daughter, when my other daughter died she became my daughter.”

As you can imagine, people are in awe of the man’s dedication to make his mother happy.

“To make his mother happy, he dressed as a woman for 20 years. It doesn’t matter how you view this, you have to praise this man for his filial piety!” one user commented on the touching video. 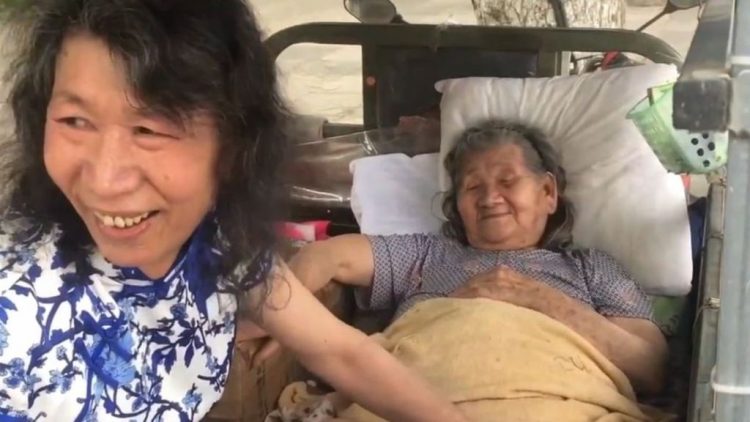 “This is a real man,” someone else wrote.

Others were more critical, saying that “the mother has been successful in controlling her son” or asking “is this filial piety or is he looking for an excuse to be a transvestite?”

Keeping Your Children occupied for the Holidays

Oldest woman in Rivers State dies. Her age will shock you