-O.S David
The body of a lifeless boy has been discovered after he was reportedly put in a box, iced and transported to another city in other for his organs to be preserved and be sold for money. 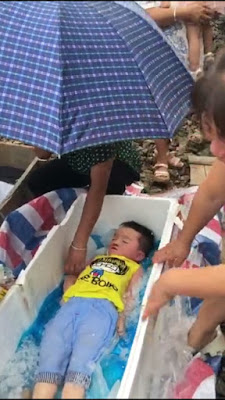 See The 1st Photos Of The Released Students Abducted From Epe

“There is no family planning in Islam”...