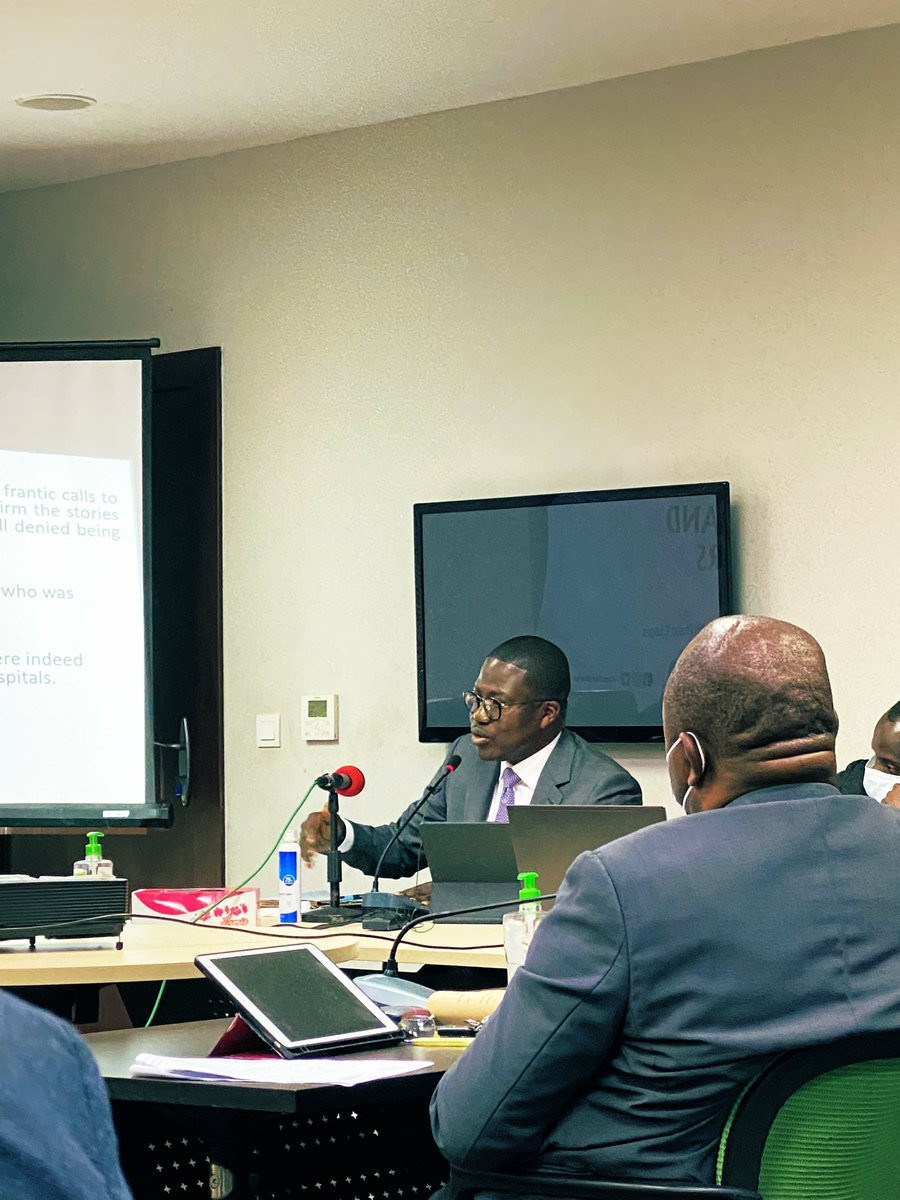 The Lagos State Head of Service, Hakeem Muri-Okunola, has reportedly said no bloodstains were seen at the Lekki toll gate when the state governor, Babajide Sanwo-Olu, visited the scene some hours after the shooting on October 20.

Premium Times reports that Muri-Okunola stated this during his cross-examination at the Lagos Judicial Panel on Tuesday, June 29.

The state government had set up the panel to aid in the investigation of police brutality in the state as well as the October 20, 2020 shooting incident that took place while #EndSARS protesters gathered to protest.

Read Also: There would be chaos if Nnamdi Kanu is killed – Ohaneze Ndigbo tells FG

While being cross-examined by the #ENDSARS investigative council, Muri-Okunola, Olumide Fusika and Adeshina Ogunlana said when Governor and his entourage including himself visited the Lekki toll plaza between 12:30 a.m. and 1:30 a.m., few hours after the shooting, they did not see any bloodstains on the ground. The Lagos State Head of Service, Hakeem Muri-Okunola, has reportedly said no bloodstains were seen at the Lekki toll gate

At his first appearance before the panel last Tuesday, Muri-Okunola stated that the injuries recorded in the aftermath of the Lekki shooting were predominantly fractures, machete wounds, and minor cuts.

“At the time we were there, most of the injuries were all in the nature of cuts, bruises from machetes’ wounds, and stampede. Nobody at the hospitals said they were shot at,” he said.

During his cross-examination yesterday, one of the EndSARS counsel, Fusika reminded Muri-Okunola that his last testimony contradicts what doctors from Reddington and other hospitals that treated victims of the shooting told the panel.

According to Fusika, the video clip presented by the Head of Service during his last testimony was edited.

Although the counsel representing the state government, Abiodun Owonikoko, raised an objection to the line of question, the panel allowed the question. Responding to the question, Muri-Okunola said the video clip presented was the way it was

“because cameras were not admitted at a point during the hospital visit.” He added that the government only tendered the “relevant portion of the clip.

In the midst of numerous questions thrown at him by counsels to #EndSARS protesters, Muri-Okunola insisted that at the time the governor visited the hospital, they were informed that there were no gunshot injuries. Fusika presented records from the hospitals that treated victims of gunshot injuries, asking the Head of Service to react to them.

“Either the hospital misled the governor or the governor misunderstood. We were informed by Reddington, Lekki, that the patients were not shot” Muri-Okunola said.

The matter was adjourned to July 3 by the chairperson of the panel, Justice Doris Okuwobi.