Parents Take Their 30-Year-Old Son To Court For Refusing To Leave Their House
It was like a drama as parents took their 30-year old son-Michael Rotondo to court over his refusal to move out of their house. The parents became forceful in his eviction after given him five notices and a cash offer to help him secure an apartment.
As reported by CNN, but Rotondo contends he is owed a six-month notice.
Rotondo told CNN’s sister network HLN on Wednesday that he would love to leave as soon as possible — “I don’t like living there” — but he was not able to do so immediately.
“I’m getting together the means to do that,” he said. “With my parents, they want me out right away, and they’re not really interested in providing reasonable time, and the court is siding with them, as it seems.”

Notices sent to their son

Christina and Mark Rotondo of Camillus started the court proceedings earlier this month and filed evidence of five notices they served their son, starting in February. 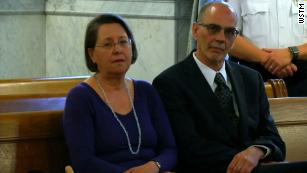 Christina and Mark Rotondo sit in the courtroom during the proceedings.
One note on February 2 reads:
“After a discussion with your Mother, we have decided you must leave this house immediately. You have 14 days to vacate. You will not be allowed to return. We will take whatever actions are necessary to enforce this decision.”
Shortly after this notice, his parents decided to seek legal counsel and served another notice on February 13, granting Michael 30 days to move out or they would begin enforcement procedures. 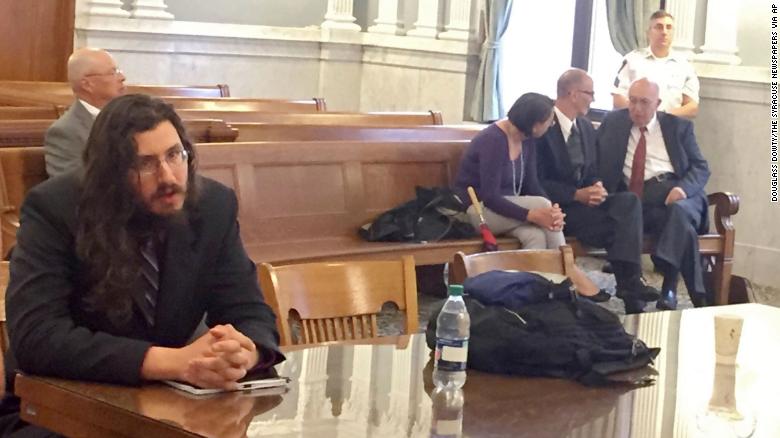 Judge: ‘I think the notice is sufficient’

During the hearing on Tuesday, Michael represented himself and cited the case of Kosa v. Legg: “that there is ‘Common law requirement of six-month notice to quit before tenant may be removed through ejectment action.”
But New York State Supreme Court Judge Donald Greenwood disagreed.
“I’m granting the eviction,” he said. “I think the notice is sufficient.”
After court, Rotondo told reporters he plans to appeal the case and finds the ruling “ridiculous.”
“It seems to me like I should be provided with, you know, 30 days or so, because generally you get 30 days after you’re found, you know, to have to vacate the premises,” he said. “So I’m expecting something like that. But realistically, if that’s not the case, I don’t know.”
Rotondo told HLN he did not know why his parents have pushed for him to leave so quickly. Things became adversarial, he said, and their relationship has suffered.
“I don’t really hope to reconcile. I really just want to get out of the situation,” he said.
He said he expects to be able to leave within three months, which “ironically” would be six months from that first February notice.
Parents Take Their 30-Year-Old Son To Court For Refusing To Leave Their House
30-yearsEvictionjobLazyMotherParentsSONtenant
0 comment
0
FacebookTwitterPinterestEmail

What Donald Trump Said About Prayer Will Shock You (Watch video)

7 Ways To Become Better Spouse In Your...

We’re at war with riffraff, morons in...

11 Truths about Sex by Pastor Khathide...