The story of how Pele halted the Nigerian Civil war is one reader should have found fascinating, educative and informative in terms of how effective football can and has been when it comes to Conflict resolution. In case you’ve not read it click: Pele and Drogba – The two footballers who halted a Civil war.

Here in this article, we take a look at how the Chelsea legend Didier Drogba halted a civil war in Ivory Coast.

Drogba and the Ivory Coast ceasefire

After Ivory Coast and Drogba had qualified for the 2006 World Cup finals in Germany, whilst the celebration that ensured then wards, Drogba couldn’t get his mind off the Civil war raging in his home nation since 2002. It didn’t take long for Drogba’s attention to turn to the chaos tormenting his nation. 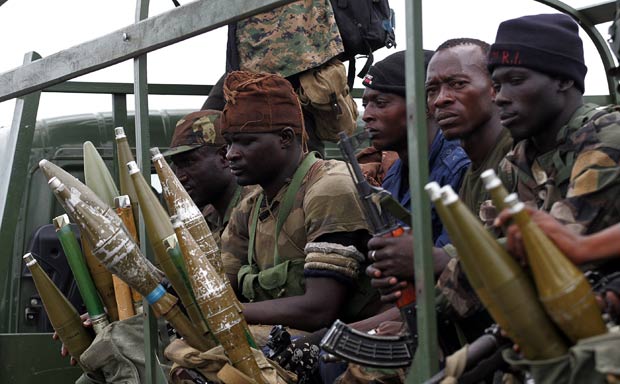 Read Also: 5 Footballers who were abandoned by their parents at a young age

The fight which broke out on 19 September 2002 with rebels attacking various cities across the country had Sebastien Gnahore, an ex-footballer who fled Ivory Coast, recall that;

“It was awful. When I called my sister I could hear the shooting outside the house,” he says. “They all hid under the bed for four days, and only came out to find food.

“All I cared about was whether my family was going to be OK. That’s the only worry I had each morning.”

Much of the tensions resumed again in 2004 prior to Ivory Coast’s World Cup qualification and then the speaking after the match, Drogba said:
“Men and women of Ivory Coast. From the north, south, centre, and west, we proved today that all Ivorians can coexist and play together with a shared aim – to qualify for the World Cup. 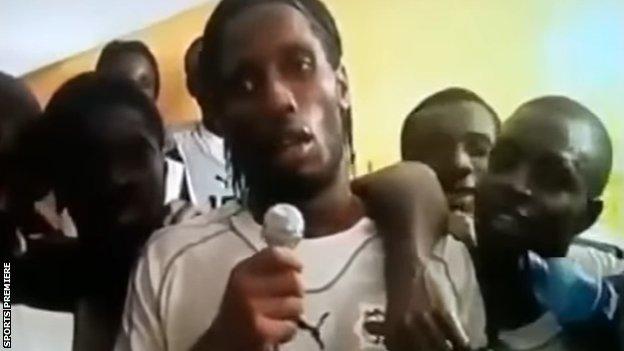 “We promised you that the celebrations would unite the people – today we beg you on our knees.” The players went on their knees. “The one country in Africa with so many riches must not descend into war. Please lay down your weapons and hold elections,” Drogba finally stated.
Rising from their knees, the players rose and sang: “We want to have fun, so stop firing your guns!”
Read Also: 10 Players who are best friends (The Bromance story)
Those words didn’t have an immediate effect on the war, but subsequently, when it ranged all over the nation’s television and radio stations constantly, the words of Drogba began to take premise.
“The whole country – every person, every house – was happy. That day we all forgot the country was still divided,” says Hassane Omar, a 20-year-old student in Abidjan at the time.
In a match due to be played against Madagascar in Abidjan, Ivory Coast, Drogba with all his influence made an announcement that the match would no longer be played there but instead in Bouake, the significant centre of the nation’s rebellion.
It sounded impossible, no one knew under whose authority Drogba made such a decision but it was certain to happen, Drogba was a god in Ivory Coast, he was revered.

The win over Madagascar sparked joyous celebration in Ivory Coast

“People rode on top of cars, weapons slipped from the grasp of excited soldiers. Inside the stadium itself, government and rebel troops hurled football chants back and forth. It was a marked change from the violence of the recent past.

“It felt like more than just football,” recalls a journalist in Abidjan.

A very successful match for the Ivory Coast team who defeated Madagascar 5-0. In the manner that a Disney movie would end, the victory which was capped by a fine goal from Drogba sparked a wild celebration across the whole of Ivory Coast. 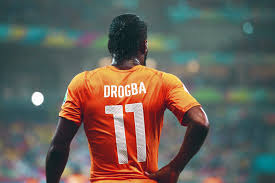 Drogba as the spokesman and leader of the Ivory Coast national team had brought peace to Ivory Coast.

“It was euphoria across the whole country, everybody came together,” says Gnahore. “We had so much hope in Drogba and his team. The Toures from the north, Drogba from the south. It was a true Ivorian mosaic.”

How to deal with a breakup