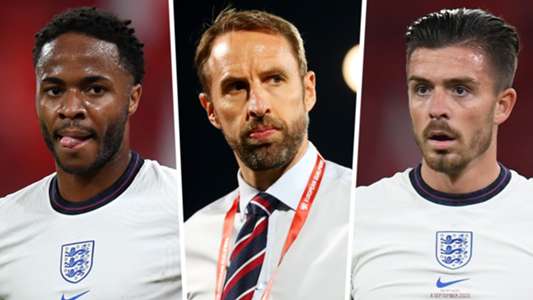 In a tense evening of football, England defeat Germany 2-0 at Wembley, allowing the three lions to advance to the Euro 2020 quarter-finals.

The makes the Three Lions have beaten Die Mannschaft at a tournament since Euro 2000, and the first time they are doing so in the knockout rounds since the 1966 World Cup final. It also means that England has now gone nine and a half hours without conceding a goal.

Here’s how the players rated at Wembley:

Jordan Pickford – 8 – Big save to deny Werner from scoring. Even bigger savings at the start of the second half from Havertz. A strong performance from the goalkeeper.

John Stones – 8 – Another solid performance at the heart of the attack.

Harry Maguire – 8 – A huge presence in defence and attack. The Germans couldn’t handle “Mustang” Maguire on set-pieces at either end and his communication, passing and running with the ball was important for the English setup.

Kieran Trippier – 7 – Did really well to battle Gosens all night but seemed to hurt his hamstring late on.

Kalvin Phillips – 7 – Pressed and harried Germany really well. Never seemed to run out of breath, Marcelo Bielsa will be so proud.

Declan Rice – 8 – Couldn’t handle the movement of Goretzka’s, booked chasing him back and was fortunate to avoid a red. However, he recovered to put in an incredible battling display at the base of midfield. Made a game-high 4 tackles.

Luke Shaw – 8 – Conscious during the game but once Jack Grealish came on it was like Shaw received a green light to go forward and he did just that. Shaw ripped Germany to shreds with his movement into space, creating Sterling’s opener with an incredible cross and did even better for the second goal when he stepped into midfield to rob Gnabry and drive the ball forward before kicking it wide for his running-mate Grealish to cross in for Kane

Bukayo Saka – 7 – Really lively. Didn’t use the ball that well, but beat markers for fun and Germany were never comfortable when he was in possession. Defended really well too. Surprisingly removed in the second half. Player ratings as England defeat Germany 2-0 in Wembley showdown: The driving force for England as an attacking presence

Raheem Sterling – 8 – Great shot early on to test Manuel Neuer and looked a lively force all game long. The driving force for England as an attacking presence. Scored his third goal in the tournament in a move that he started with a driving diagonal run and then finished with a superb run and stabbed shot. The Brent Boy has been brilliant in his backyard at Wembley – will someone else take over as England move to Rome for the quarter-final? Or will England’s “Summer of Sterling” (coined by the BBC commentary) continue onto the continent?

Harry Kane – 5 – Slow, sluggish, off the pace. An absolutely horrendous performance lit up by a neat finish to make it 2-0. Vindication? Well, better teams will perhaps punish Kane’s lack of mobility, but the goal saves him from a terrible rating.

Jack Grealish (for Saka 69′) – 8 – He changed the dynamic of the game. Alongside Luke Shaw, they both electrified England’s attack. Made a brilliant drive and pass wide pre-assist for Sterling’s opener and then a delicious cross for Kane’s second.

What Mo Salah Did After Firmino Scored...