State Police Command spokesman, Adewale Osifeso said the suspects were caught inside the bush at Sunbare area, along old Ibadan-Eruwa road on Sunday, on 20th of June while attempting to chase Fulani herders from the forest to graze their cattle.

“On Sunday 20th June 2021, several gunshots were reportedly fired in a bush at Sunbare Area, along old Ibadan road Eruwa, causing fear and panic in the hearts of residents,” he stated.

“Upon receipt of the information, Police operatives attached to Eruwa Divisional Police Headquarters in a concerted effort with stakeholders in the area gathered momentum and stormed the reported scene. Upon arrival at the scene, the trio of Opeyemi Ajibodu ‘m’ aged 30yrs, Segun Dade ‘m’ 29yrs and Dare Adenle ‘m’ 25yrs, were arrested.” 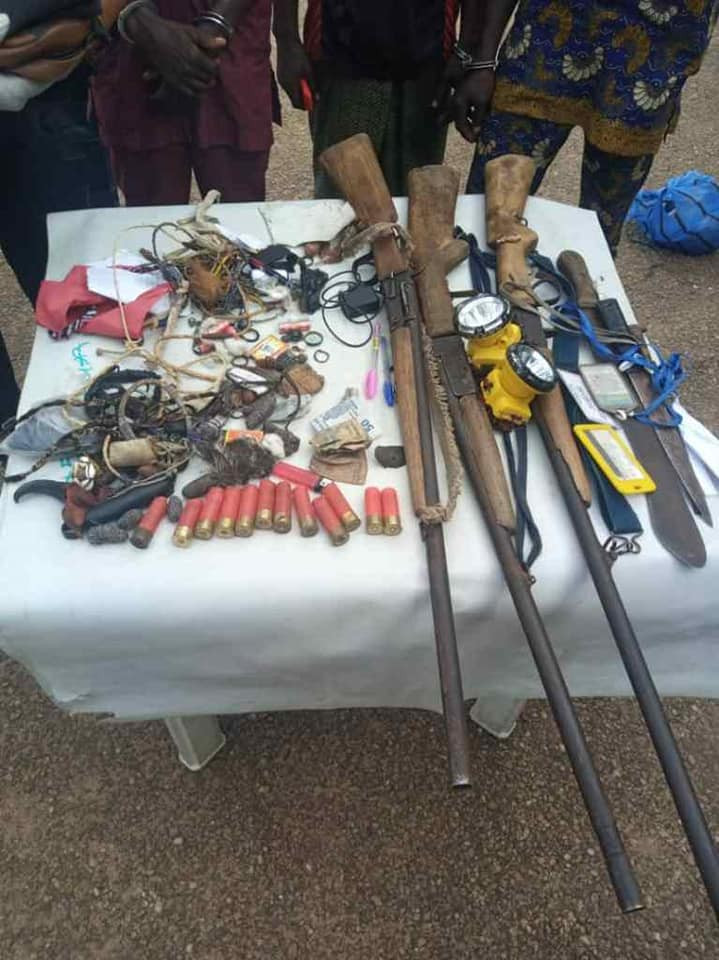 “Conduction of an on-the-spot assessment at daybreak led to the discovery that the gunshots were from an attack launched against a group of Fulani herders, which resulted in the killing of six cows and wounding of thirteen 13) others,” the PPRO said.

“Upon interrogation, fact gathered revealed that the attack was perpetrated to wade off the herders from grazing in the forests in Eruwa environs. Efforts to apprehend other accessories to the crime is at top gear,” he added.

In the meantime, the Commissioner of Police, CP Ngozi Onadeko assured the public that the Command possesses an unflinching commitment towards ensuring that justice is preserved as the perpetrators of this dastardly act is brought to book.

I will remarry in September, I Have my Fiancée – Mercy Aigbe’s Ex Husband reveals

What Buhari Said About Young Nigerians In...