The incident reportedly happened inside a market at Eneka in Port Harcourt, today April 23.

According to reports, the policewoman was attempting to stop the said police officer and other members of the taskforce from destroying the wares of the market women, when the erring officer opened fire. The bullet, however, hit the policewoman, killing her.

Confirming the incident, the state Commissioner for Police, Joseph Mukan, said the erring policeman has been arrested, disarmed and subjected to orderly room trial.

“A policeman attached to the taskforce did the shooting. He was shooting anyhow and in the process killed another policewoman. The policewoman was hit by a stray bullet.” he said

A Twitter user has taken to the platform to narrate mourn the deceased policewoman. 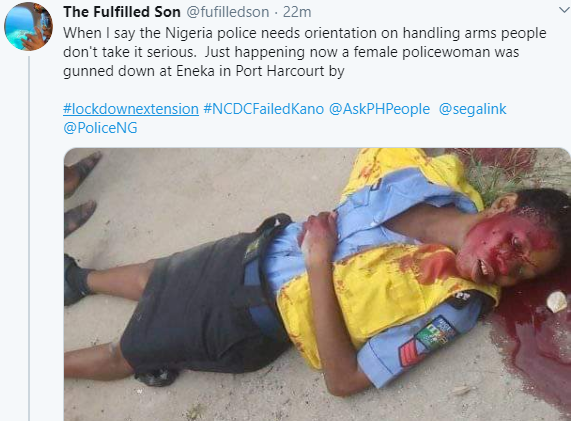 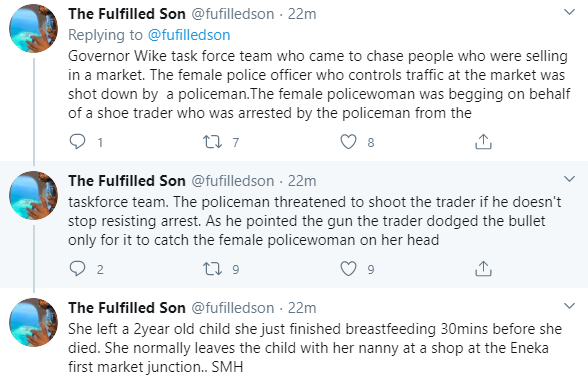 ‘I Will Not Donate. I Didn’t Bring Coronavirus To Togo’- Emmanuel Adebayor