The University of Ibadan conference center was wowed on Monday 12th November 2018 when the Dean of Law, Prof. A.I. Olatunbosun called the names of identical twins to have a handshake with the Vice Chancellor and parents were seen using them as a point of contact for their children’s success.

The Brilliant identical twin brothers Taiye and Kehinde Adegoke graduated with First Class Honours in Law from the University of Ibadan. The two were among the 21 law graduates produced last year by the faculty (18 females and 3 males) first of its kind since the inception of the faculty in 1981. 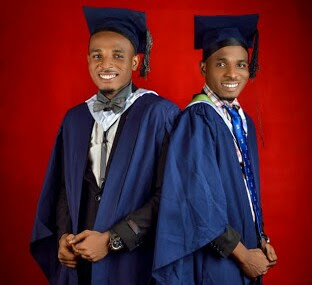 In addition, the twins are the second and third best graduating male students in their faculty.

We Can Prevent Diseases By Eating Local Foods-Expert Tells Nigerians

400 undergraduates get N60m in Shell scholarship...