Ronaldo is 13 Years Younger than his age- Juventus Medicals Report

The medical carried out on Cristiano Ronaldo after completing a move to Juventus from Real Madrid has shown that the 33-year-old Portuguese has the body of a 20-year-old. 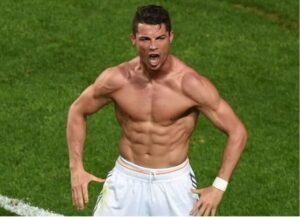 His body fat is 7% which is lower than the 10% expected of a professional footballer of his age. 50% of his body is muscle mass, compared to 46% on average.

According to BeIN Sport, his medical showed the results, backing up the incredible statistic that he was the fastest player at the World Cup reaching 33.98 kilometres per hour, faster even than teenager Kylian Mbappe.

His physical ability is due to his strict diet and training regime over the past decade, all of which points to him continuing his fine form in Serie A.

Read Also: 10 Important Things That Keeps You Going in Marriage

Woman Bought Goods Worth N306,000,How She Paid will Shock You