Today on hard facts, we are looking at a Nigerian defender, Leon Balogun.

The duo of Balogun and Ekong has constituted a stumbling block to opponents. The oyibo wall as they are fondly called has displayed stellar performances overtime, and trust me, Russsia will not be an exception. 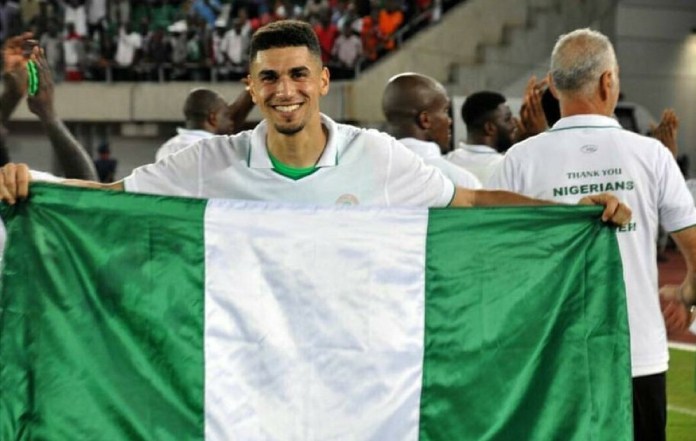 Leon-Aderemi Balogun (born 28 June 1988) is a German-born to a Nigerian father and German mother, Balogun was called up by Nigeria for a March 2014 friendly against Mexico as a replacement for Joseph Yobo. Balogun entered at the half but was injured after 20 minutes in a collision on the touchline. He fractured his foot and was to miss 2–3 months of football action after surgery. However, he later confirmed to news media that his injury did not require surgery.

He made his Bundesliga debut on 19 April 2009 for Hannover 96 in a game against Hamburger SV.
After his contract with Bundesliga side Fortuna Düsseldorf had been expired in summer 2014, he was without a club for three months until he joined fellow leaguer Darmstadt 98. He signed a contract until the end of the 2014–15 season.

On 25 March 2015, he played his second game for Nigeria in a 1–0 loss against Uganda. He played his third game for the country on 13 June 2015 when he featured in a 2–0 win over Chad in the opening game of qualifying for the 2017 African Nations Cup.

5 Differences Between RONALDO and MESSI, Number...