Senator Dino Melaye, representing Kogi West senatorial district has rejoiced over the victory of the Senate President, Bukola Saraki at the Code of Conduct Trial.

Dino could not hold his joy has he lifted up his colleague and Senate President, Bukola Saraki, moments after the chairman of the Code of Conduct Tribunal CCT, Danladi Umar, discharged and acquitted him of all the 18-charges of false assets declaration levelled against him by the Federal government. 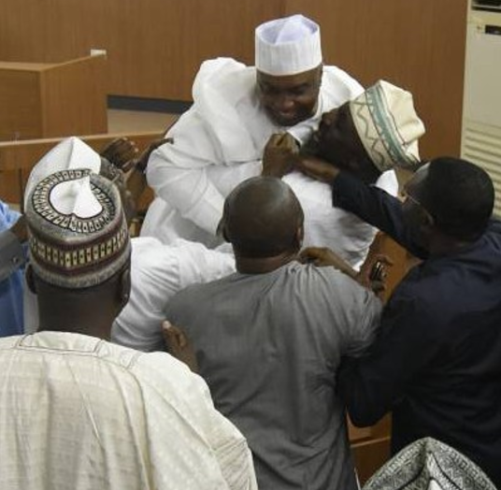 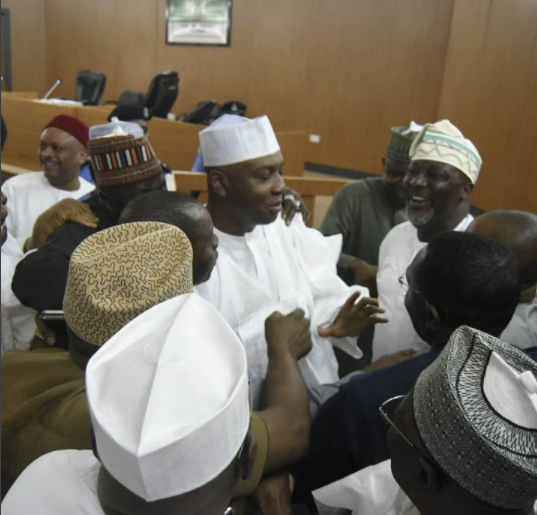 Dino Melaye also took to his Twitter handle to celebrate the Senate president victory where he also mocks Federal Government with a picture of a crushed car.

He tweet: “Abubakar Bukola Saraki is hereby discharged and Acquitted ON ALL CHARGES. ALL GLORY BE TO GOD”, with a picture of a crushed car depicting how the Senate crushed the federal government.

Abubakar Bukola Saraki is hereby discharged and Acquitted ON ALL CHARGES.

Unbelievable! Mother Planted Flowers To Form The shape of Her Son’s Face

EXCLUSIVE: I can’t wait to go back...