Home » See What Femi Otedola Did Today….you won’t believe it
All postsLife Issues

As reported by the Nation, Billionaire oil magnate Femi Otedola has allegedly suspended his Twitter account until he is verified due to multiple attempts to impersonate on the platform. 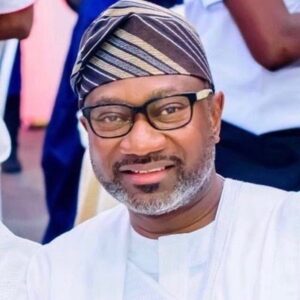 Announcing his move, Otedola wrote, “Good day to the online community. Due to the fraudulent and disingenuous exploitation of my persona on this platform, tweets from me on this account are suspended forthwith until I am verified by Twitter. Thank you. F.Ote$”

The decision came following a tweet by a fake account commiserating with victims of the recent Lagos Tanker Explosion Incident.

The impersonator promised cash gifts to families in his name and said that the tanker involved in the accident was his.

This prompted Otedola to post a statement on the account before suspending tweeting activities.
He joined the microblogging platform in February 2018.

However the handle @realFemiOtedola started activities in May, a few weeks after his debut on Instagram.

Since the Billionaire announced his presence on social media, twitter users have witnessed tweets from fake accounts who were all claiming to be the real Femi Otedola.

Barely five days after joining popular social media platform, he had to send a warning to Nigerians to avoid falling into the traps of his impersonators.

On May 15, Otedola narrated how he blocked an impersonator, who tried cloning his account.

”Election May Not Hold In 2019”-Popular Prophet

“Every guy and girl that slides into...

What This 27-Year-Old Overweight Woman Is Doing...