Richard Williams the father of two female tennis champions, Venus and Serena William has filed for divorce from his wife of 7 years. 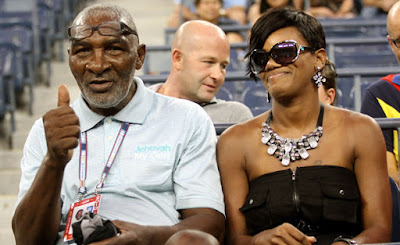 The 75-year-old man accused his 38-year-old wife, Lakeisha Williams of stealing his social security checks and forging his signature to steal property right out from under him.

Dailyfamily.ng gathered that the divorce documents was filed in Florida

In the document, Richard says Lakeisha forged his name on a deed to transfer one of his houses to herself and also transferred title of his cars to herself. He also claims that she’s been forging his signature and stealing his social security checks.

According to him, Lakeisha now lives with someone who has “serious criminal, felony charges pending.”

However,  Lakeisha’s attorney, Sandy Becher, has denied the accusations saying:
“All of the allegations are false and will be proven to be false when we litigate the case in court,” adding … Richard is just trying to avoid paying child support and alimony.

Richard who was the former coach of his daughters divorced Venus and Serena William’s mother, Oracene Price, in 2002 and started dating Lakeisha who is a year older than Venus shortly after.

Richard and Lakeisha were married in 2010 and were blessed with a 5-year-old son, Dylan Starr Williams. 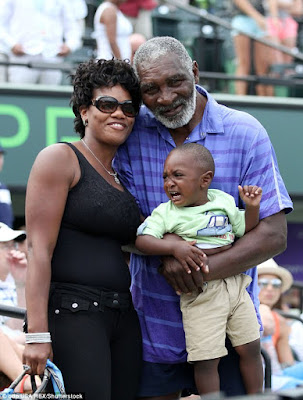 Unbelievable! Mother Planted Flowers To Form The shape of Her Son’s Face

Lady blast mall for kicking her out over indecent dressing