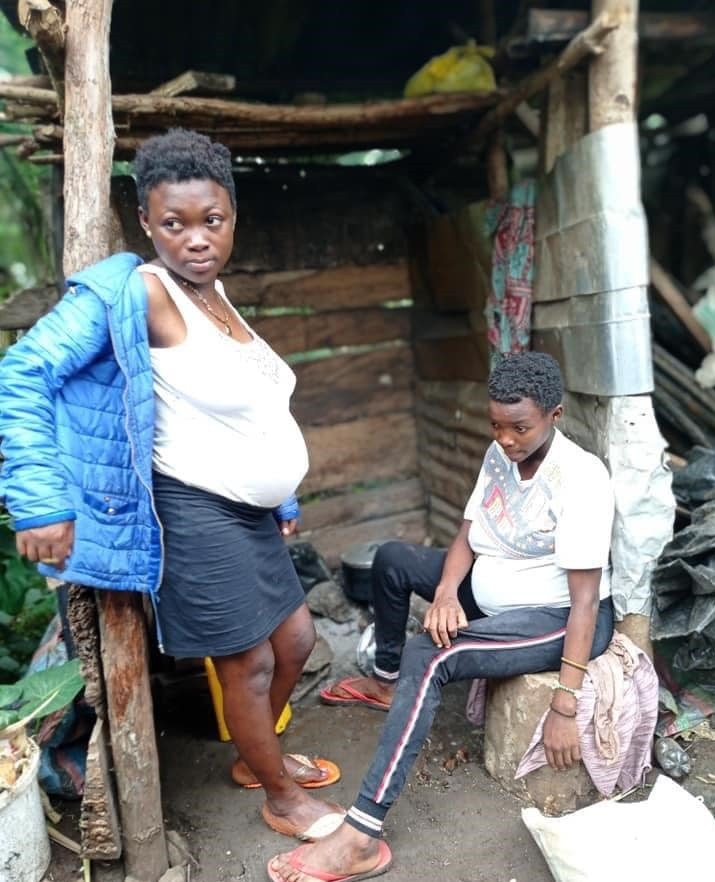 A Facebook user from Cameroon, Ayisha Togina, shared a story on her Facebook page of 16-year-old twin sisters who were impregnated for the same boy.

According to Ms Togina, the teenagers and their father live in abject poverty and have resorted to selling their bodies to men in the suburbs of Buea just to feed. 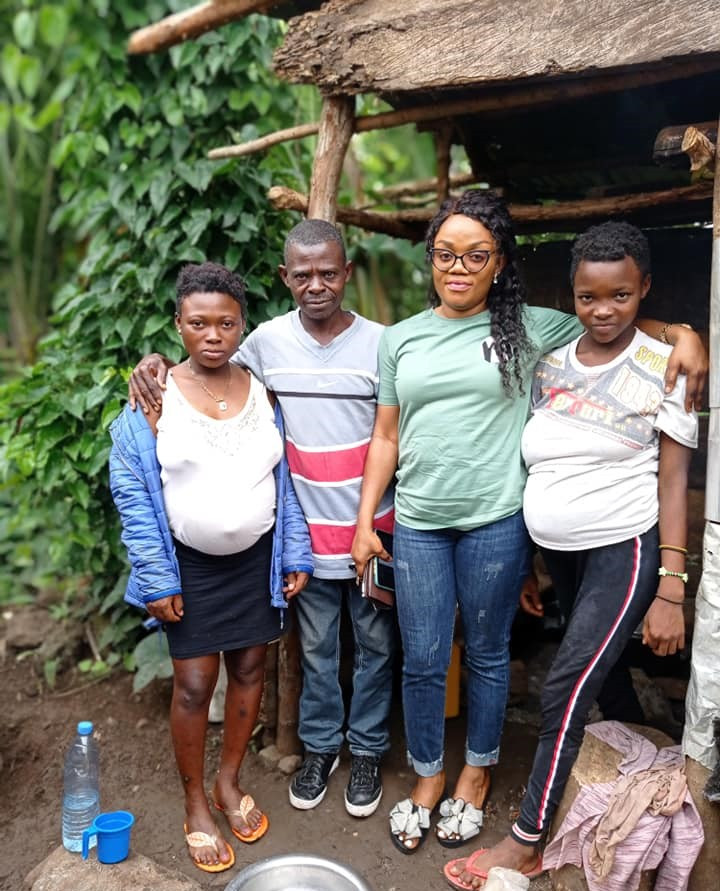 Meet this family of three. A struggling father providing for his almost due pregnant daughters in the suburbs of Buea.

“Theirs is not a beautiful story but an example of the reality of life, especially in crisis-stricken English Cameroon.

This family lived at Tole where both sisters (16 years old) were impregnated by the same boy of their age in their local community just before the armed crisis forced them to move to Muea where they stayed with their dad’s friend who breaks stones for gravel.

They had to leave yet again this time because of sexual harassment from their dad’s friend. Still pregnant they relocated to a community far behind Sandpit (Likoko) where they stay in a rotting plank house with no doors or windows.

They sleep on a single mattress placed on the floor without a carpet and no blankets or extra bedsheets. Their house is surrounded by a bush, a breeding ground for mosquitoes and a habitat for other dangerous animals and insects

Their toilet, accessible by a bush path has no roof but a single hole made in the cement serving as the floor. The slimy, shaky cement has been covered by algae and branches and leaves of the trees surrounding it. For privacy, there are two mud-stained bedsheets hanging at the entrance to the 3 blocks walled toilet with many holes…

This family pays rents of 5,000 FCFA monthly to stay in that house, they don’t even feed regularly because their father can’t find odd jobs daily.

A truth exploited by the local men in the area leading these vulnerable pregnant girls to bed which they accept in order to feed.

Wonder how we met them? We met these pregnant girls when they came to the Solidarity Hospital Buea. We got their address and hired a car to their community to witness their living conditions and provide some basic materials. With their permission, we took these photos and videos to share their story with the world.

Their story is one of the realities of Poverty, Dispute and the lives of IDPs. It shows us the vulnerability of poor girls and the damaging effects of lack of education.

Thank you for reading, we now call on the community, health organizations, female empowerment bodies, the government and people of goodwill to step in and assist this family. The Solidarity Hospital is taking care of their antenatal follow-up but there is always a place for every helping hand in their lives.” 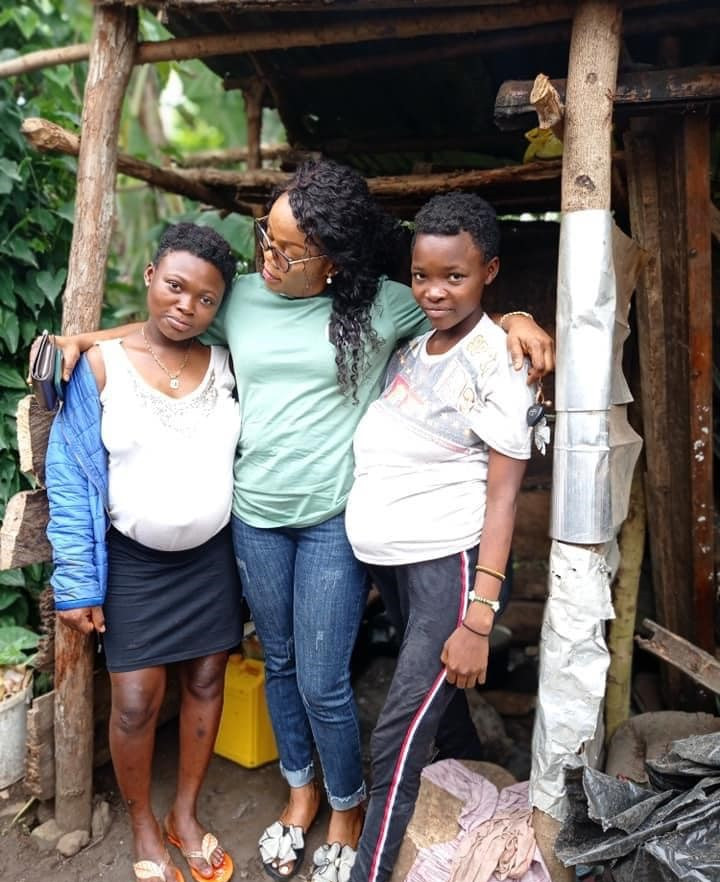 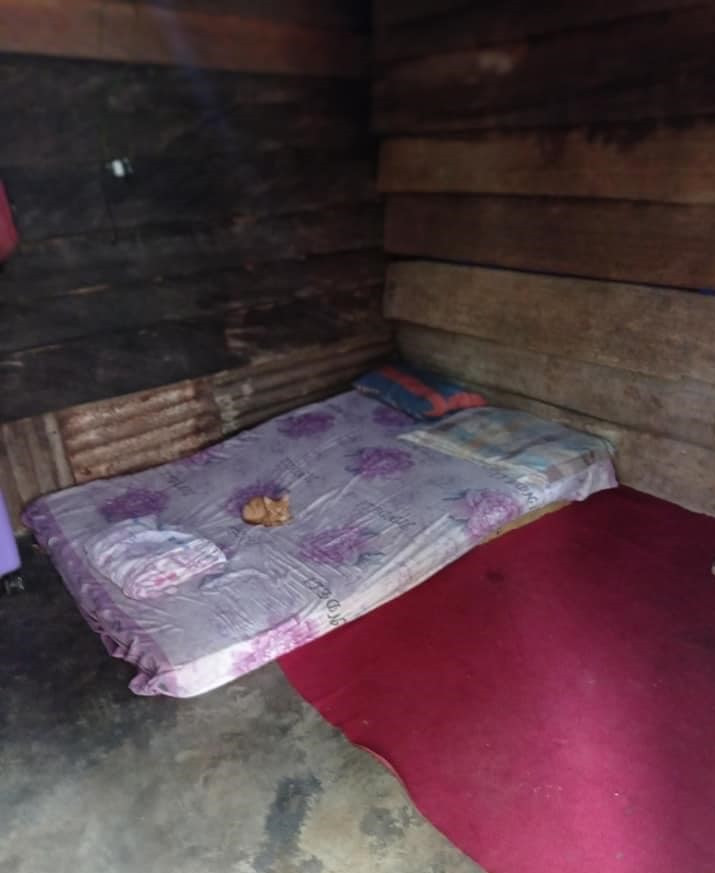 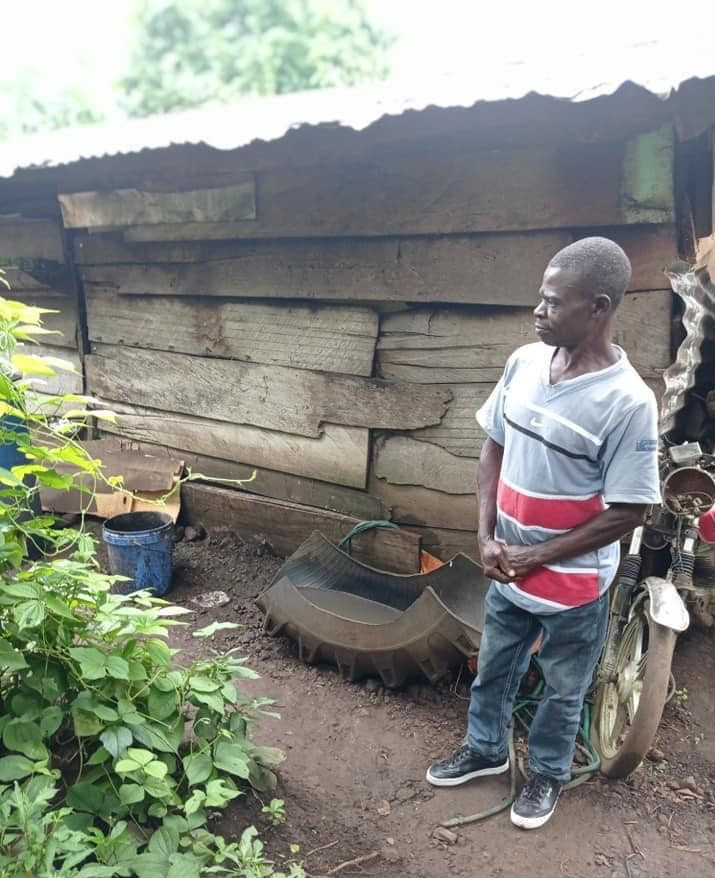 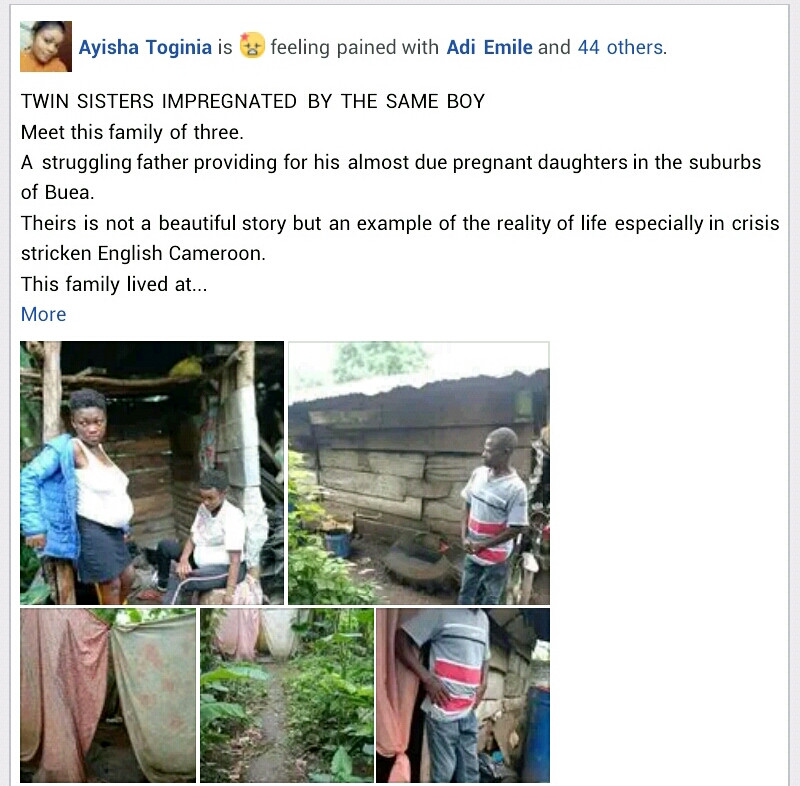 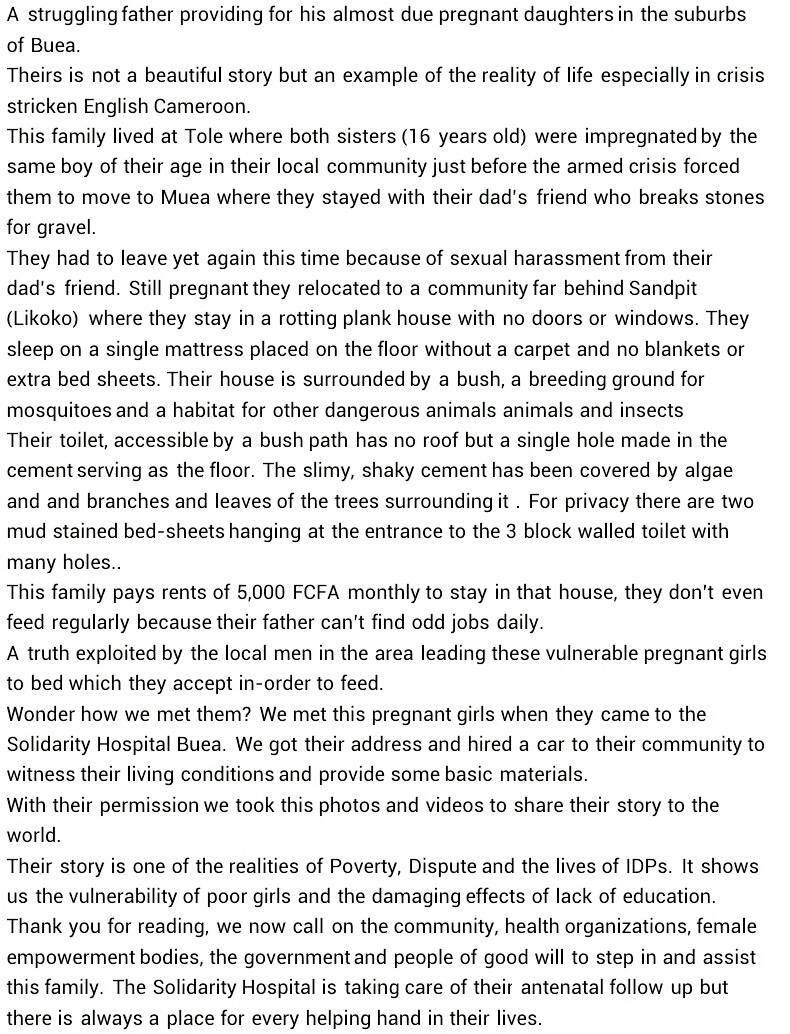 Woman Gives Birth To Sextuplets After 6...