Home » SHOCKING: THIS COUPLE HAD THEIR BABY TAKEN AWAY BECAUSE THEY WHERE DEEMED TOO OLD TO CARE FOR THE BABY
Matters Of The Heart

SHOCKING: THIS COUPLE HAD THEIR BABY TAKEN AWAY BECAUSE THEY WHERE DEEMED TOO OLD TO CARE FOR THE BABY

Are you ever too old to become a parent? Well, the Italian justice system seems to think so, and the tragic story of Gabriella and Luigi De Ambrosis, an elderly couple who had their natural daughter taken away and put up for adoption because they were deemed too old to take care of her is proof enough.

In 2009, 57-year-old Gabriella and 69-year-old Luigi, of Casale Monferrato, Italy, decided to have a baby, and traveled abroad to undergo an advanced in-vitro procedure. In May 2010, Gabriella gave birth to a healthy baby daughter, and the couple made national headlines. They became known as the “grandparent parents”, and faced discrimination from people deeming them too old to take care of a baby. The two recall that, while they were still in the hospital after their daughter’s birth, someone alerted child services about their age and their ability to properly tend to the infant.

Luckily for them, there was no Italian law that prevented people over a certain age from having and raising children, so they were able to take the baby home and live a normal life. However, the joy of parenthood was short-lived, as in 2011, just 15 months after their daughter was born, the De Ambrosis were accused of “abandonment” for leaving the baby unsupervised for only a few minutes. What followed was a nightmare that continues to this day. 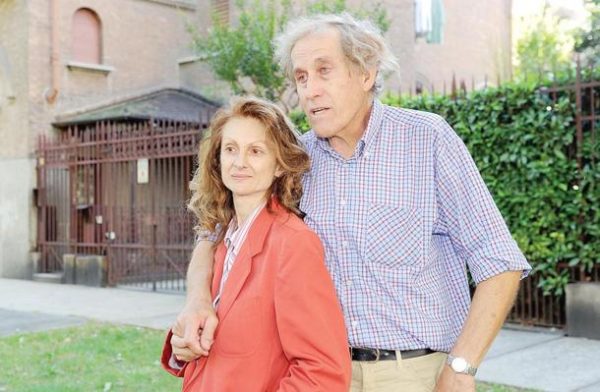 It all started one day, when Gabriella and Luigi left their daughter in the car seat of their car while they went inside the house to prepare her milk bottle. The car was parked right outside their home, so they kept an eye on her through the window the whole seven minutes it took to prepare the formula. That was apparently too long for an overzealous neighbor who must have called the police the moment he saw the couple go inside without the baby. Based on the neighbor’s testimony, the “grandparent parents” were charged with abandonment and soon appeared before a judge who declared the De Ambrosis unfit to take care of the baby, due to their age.

The elderly parents will never forget that moment in 2013, when the judge told them that their pregnancy was “the result of the distorted application of the enormous possibilities offered by progress in genetics” and that if the child remained in their care she would either wind up a young orphan, or be forced to take care of them due to their advanced age. But the humiliation was nothing compared to the pain of having their daughter removed from their custody and put up for adoption with a new family. 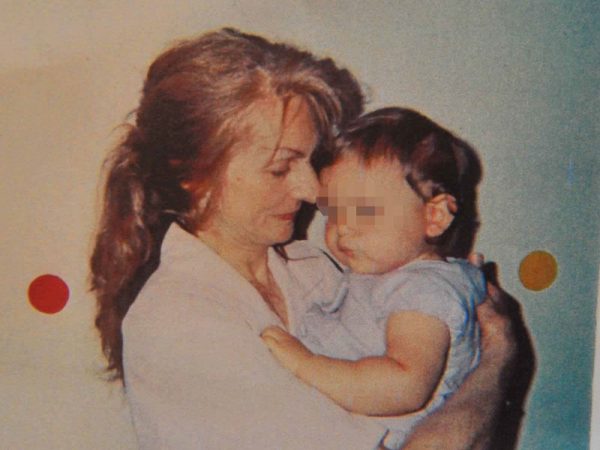 Gabriella and Luigi didn’t give up, but it would be another three years before their lawyer, Adriana Boscagli, managed to get the original court decision repealed and the charges of abandonment dropped. The favorable decision to Boscagli’s extraordinary appeal was read in June 2016, but it only gave the De Ambrosis the illusion that they would finally get their child back. It was a cruel hope that would once again be shattered by the justice system.

Put in the care of a foster family after the “abandonment” incident in 2011, Gabriella and Luigi’s daughter was declared adoptable in 2013, following the original court decision, and was officially adopted by her foster family. She had been living with her new parents for nearly five years when the sentence against the De Ambrosis was overturned, in June 2016, and judges ruled that removing the girl from the only family she had really ever known would be detrimental to her. 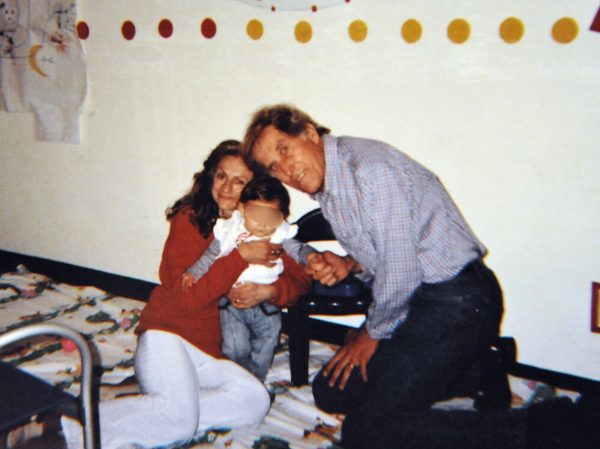 Gabriella and Luigi once again went to court to get back the child that had unjustly been taken away from them, but a few days ago, they received yet another blow. The Court of Appeals confirmed the adoptability of the girl, claiming that the “umbilical cord” to her natural parents was severed too long ago and that to take her away from her adoptive family would only hurt and confuse the child. So despite being declared innocent of previous charges and perfectly fit to raise a child, they cannot get their daughter back.

This is not the end, as Gabriella and Luigi De Ambrosis now plan to challenge the recent court decision at the Supreme Court. They are hopeful that in the end they will get the chance to hold their daughter again and live as a normal family, but time is working against them. Luigi is now 75 years old and Gabriella is 63. Their daughter will be turning 7 in two months, and every day that passes is another one of her childhood that they have missed. They hope that it’s not too late to make up for all this lost time.

Oliverio Ferraris, a psychologist at the University of Rome, has described the case of Gabriella and Luigi De Ambrosis as “the defeat of justice” at the hand of those who should be delivering it. Because courts took so long to decide on the case without taking into consideration the unique situation and the emotional stability of the child, “they screwed everything up”. Children become attached to their care-givers, and turning their whole world upside down opens up serious problems, but at the same time, one cannot help be sympathetic to the natural parents and the ordeal they are still going through.

“Don’t worry, I know what I will do in my future so you will soon know, very soon,”- Wenger

Help! 4 weeks to our wedding I discovered...

Will you take back a cheating woman or...

5 LESSONS LEARNED AFTER BREAK UP FROM A TOXIC...

How to deal with a breakup

I Slept With My Colleague At The...

5 Things you need to accept about...

One month to our wedding, I discovered...