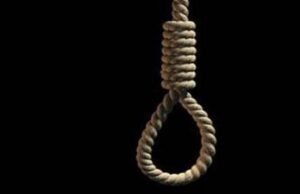 The Anambra State Police has confirmed the death of a 47-year-old man identified as Samuel Nweke, who reportedly committed suicide after a quarrel with his wife.

It is suspected that the deceased who left a suicide note in his apartment at Awada, Idemili North Local Government Area of Anambra State, took the decision after his wife left their home on February 25 following a disagreement.

Anambra State’s Police Spokesperson, Haruna Mohammed said Nweke’s corpse was removed by his relatives. He also disclosed that the state’s commissioner of police, John Abang has ordered an investigation into the incident.

“Police detectives attached to Awada division visited the scene, cordoned off the area and photographed the victim after he was confirmed dead by a medical doctor.

“No marks of violence were seen on the victim’s body.”

BEFORE YOU KILL YOUR SPOUSE, READ THIS

BEDC; force us to use lanterns and...

U.S vows to partner with Nigeria to...