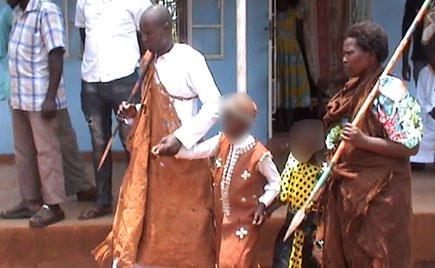 Two children aged nine and six were married in one of the most bizarre cultural events held in Nakapyata Village, Buyende Town Council in Buyende District in eastern Uganda.

The boy, a Primary Four pupil at Buyende Light Primary School and the girl, who were both reportedly born with ‘two teeth’, were married on Monday and given a ‘matrimonial hut’ to live in as a couple.

Under the laws of Uganda, it is illegal for persons under the age of 18 to get married or get involved in sexual intercourse. 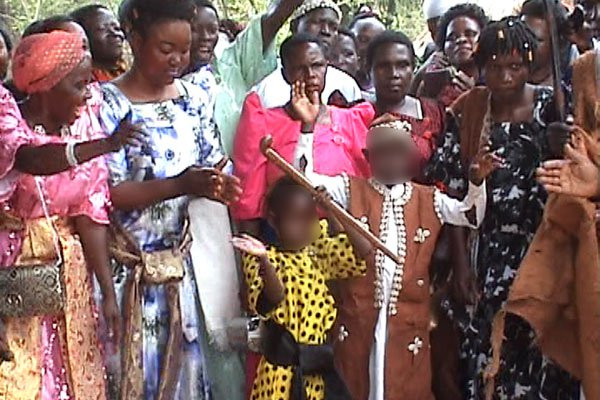 It is alleged the two children started ‘dating’ when the boy was three years old and the girl was just three months of age.

The development would later galvanise the bond between both families, with Mr Delifazi Mulame, the boy’s father repeatedly referring to the girl as ‘my son’s wife’.

Ms Barbra Namulesa, the boy’s teacher, described him as a disciplined, social, soft-spoken boy who speaks like an elder.

“I think this is the Kintu our forefathers talked about (in ancestral history). This one advises me despite being his teacher,’’ she said.

Ms Mwadi Mutesi, 38, the girl’s mother said her daughter has been a revelation since she was born.

“She started speaking immediately after birth! When I went into labour, I asked what baby it was and I was told it was a girl. However, the midwife stunned me when she said my baby had been born with two teeth and nearly dropped her,” the mother of seven said.

“My immediate fear was how to breastfeed a baby with teeth. I was, however, comforted by my sister-in-law who was with me at hospital.”

One of Ms Mutesi’s enduring moments, she says, is when the daughter, then aged one day, changed position by herself, causing visitors to flee the hospital ward.

“Two days later, she started crying uncontrollably and an old woman appeared in my dreams dressed in old tatters. It was at this moment that I told my husband that I had enough of this girl,” she recounted.

The “marriage function” which was graced with dances, left scores gripped by seizures as the boy and the girl sat adjacent to two three-feet long snakes which elders said are meant to protect the ‘couple’.

Speaking to Monitor, the Busoga North Regional police spokesperson, Mr Michael Kasadha, said: “Any acts of marriage must be between people who are 18 years old and above. Below that, you cannot marry. We want to find out the real facts of what it is all about.”

Shocking! Man Kills His 18-Year-Old Wife a Month After Wedding

8 Kinds of Husbands Every Lady Must Know