Police in Akwa Ibom has arrested a grandmother, Ekaette Obot, who claimed to be 27 years old over stealing and selling of her granddaughter for N200,000. 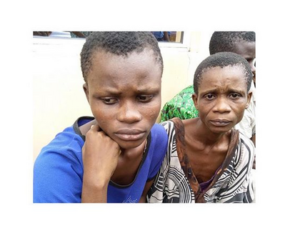 Obot, who is pregnant and relies on commercial weeding for a living, has also told the police that she would also sell her unborn child after delivery.

She claimed that she sold her granddaughter to relieve her daughter, Blessing Okon, 18, of burden.

What Happened To Wole Soyinka At U.I Will Touch Your Emotion

Deception:How a Student Loses Her Virginity Will...