Former Governor of CBN and The Emir of Kano, Alhaji Muhammad Sanusi II, has recalled with pride how he supported his daughter, Shaheeda when she slapped a boy when she was in Form 3 during her school days.

Dailyfamily.ng gathered that Shaheeda was the one that represented her Father at the BBOG movement’s third-anniversary lecture for the missing Chibok girls in Abuja on Friday, April 14. 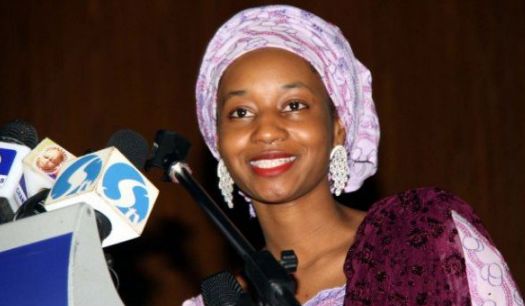 Sanusi said the girl is a strange being and will not tolerate any man who has no value for Women.
He said: “Although I won’t be there in person, I decided to send not my son but my daughter, Shaheeda to represent me”
The monarch in a video message that introduced the young lady before she presented the paper on his behalf made it clear that it was wrong for any man to disrespect a lady.

In the video He Said “Let me tell you something about the young lady who is going to read my speech. Shaheeda is a graduate of African Leadership Academy in South Africa and a graduate of New York University as Biology major.

“But long before she went to African Leadership Academy when she was in Form 3, I remember an incident that is probably relevant for today. Her mother came to me and said: ‘You need to talk to your daughter’ and I asked her: ‘Why?’

“Then she said: ‘Dad, that boy has no respect for women’. So, I asked her exactly what she meant by that. It turned out that one day, during prep in the afternoon, in full class, the boy had come to her, and put his finger to her forehead and pushed it backward, and he was in the habit of doing it to all the girls in the class.

“She had said nothing apparently and waited until the next day. She walked into the prep class late, the whole class was full, and she walked up to him, slapped him, and said: ‘That was for yesterday,” he said of his daughter, Shaheeda.

According to the royal father, his daughter is the type that would not watch any man subject her to any form of maltreatment in the name of marriage.

“As you will see when she presents this paper and maybe if she has the time to speak her own mind, those who are opposed to my views and those who think that I am a problem have a much bigger problem to deal with in the next generation of Sanusis” he added.

Another 4 years of Buhari will lead...